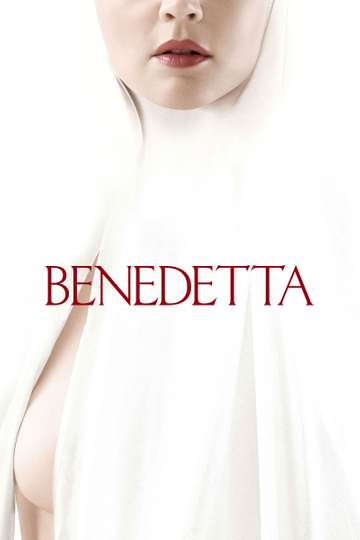 Looking to watch 'Benedetta' in the comfort of your own home? Tracking down a streaming service to buy, rent, download, or watch the Paul Verhoeven-directed movie via subscription can be a challenge, so we here at Moviefone want to do the work for you.

Read on for a listing of streaming and cable services - including rental, purchase, and subscription options - along with the availability of 'Benedetta' on each platform when they are available. Now, before we get into the various whats and wheres of how you can watch 'Benedetta' right now, here are some particulars about the France 2 Cinéma, Canal+, CNC, France 3 Cinéma, France Télévisions, Pathé, SBS Productions, Ciné+, Région Provence-Alpes-Côte d'Azur, Netherland Filmfund, Topkapi Films, Belga Productions, Belga Films Fund, Palatine Etoile 16, Indéfilms 7, Cofinova 15, Cinémage 13, Cofimage 30 drama flick.

Released December 21st, 2021, 'Benedetta' stars Virginie Efira, Charlotte Rampling, Daphné Patakia, Lambert Wilson The NR movie has a runtime of about 2 hr 11 min, and received a user score of 67 (out of 100) on TMDb, which assembled reviews from 641 top users.

What, so now you want to know what the movie's about? Here's the plot: "A 17th-century nun becomes entangled in a forbidden lesbian affair with a novice. But it is Benedetta's shocking religious visions that threaten to shake the Church to its core."

Lamb
"Mother. Nature."
15 Ways to Kill Your Neighbour
The Curse of the Mummy's Tomb
"It Lives Again To Kill Again!"

Annette
"As dangerous, as intense, as love."
Lemon and Poppy Seed Cake
The Ring
"Two boxers compete for the love of a woman."
Hatching
The Dark Side of the Sun
"They needed a miracle for their love to survive"
Uman – The Perfect Man
The Fireman
The Dark Horse
Bergman Island
Two Witches
"You're in the dark now"
Nobody's Hero
@In the Mood for Love
Casablanca Beats
Lullaby for Pi
HADES
"Keep repeating to yourself ... this is just a bad dream"
TLMEA
"Hell is frozen over"