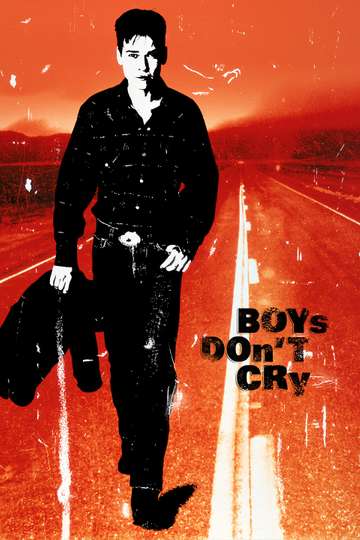 Yearning to watch 'Boys Don't Cry' in the comfort of your own home? Hunting down a streaming service to buy, rent, download, or view the Kimberly Peirce-directed movie via subscription can be tricky, so we here at Moviefone want to take the pressure off.

Read on for a listing of streaming and cable services - including rental, purchase, and subscription options - along with the availability of 'Boys Don't Cry' on each platform. Now, before we get into the nitty-gritty of how you can watch 'Boys Don't Cry' right now, here are some finer points about the IFC Films, Fox Searchlight Pictures, The Independent Film Channel Productions, Killer Films, Hart-Sharp Entertainment crime flick.

Released October 22nd, 1999, 'Boys Don't Cry' stars Hilary Swank, Chloë Sevigny, Peter Sarsgaard, Brendan Sexton III The R movie has a runtime of about 1 hr 58 min, and received a user score of 75 (out of 100) on TMDb, which assembled reviews from 969 well-known users.

Curious to know what the movie's about? Here's the plot: "A young transgender man explores his gender identity and searches for love in rural Nebraska."

Elena Undone
The wife of a pastor who preaches against homosexuality embarks on an...

Notes on a Scandal
A veteran high school teacher befriends a younger art teacher, who is...

Transamerica
Bree is about to get a sex reassignment surgery that will finally allo...

Party Monster
The New York club scene of the 80s and 90s was a world like no other....

The Brothers McMullen
Deals with the lives of the three Irish Catholic McMullen brothers fro...

Brokeback Mountain
Two modern-day cowboys meet on a shepherding job in the summer of '63,...

Foxfire
The story of five teenage girls who form an unlikely bond after beatin...

Dreamgirls
Three young women dream of becoming pop stars—and get their wish when...