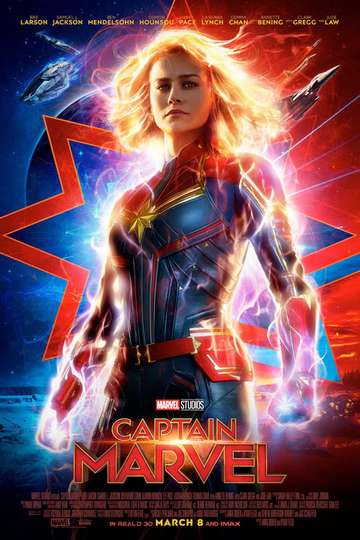 Need to watch 'Captain Marvel' in the comfort of your own home? Discovering a streaming service to buy, rent, download, or view the Ryan Fleck-directed movie via subscription can be confusing, so we here at Moviefone want to help you out.

We've listed a number of streaming and cable services - including rental, purchase, and subscription choices - along with the availability of 'Captain Marvel' on each platform when they are available. Now, before we get into the nitty-gritty of how you can watch 'Captain Marvel' right now, here are some specifics about the Marvel Studios action flick.

Want to know what the movie's about? Here's the plot: "The story follows Carol Danvers as she becomes one of the universe’s most powerful heroes when Earth is caught in the middle of a galactic war between two alien races. Set in the 1990s, Captain Marvel is an all-new adventure from a previously unseen period in the history of the Marvel Cinematic Universe."

Iron Man
"Heroes aren't born. They're built."
Iron Man 2
"It's not the armor that makes the hero, but the man inside."

Captain America: The Winter Soldier
"In heroes we trust."

Spider-Man: Into the Spider-Verse
"More than one wears the mask."