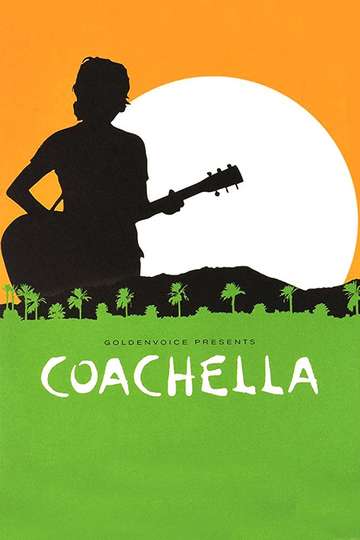 Need to watch 'Coachella' in the comfort of your own home? Discovering a streaming service to buy, rent, download, or view the Drew Thomas-directed movie via subscription can be a huge pain, so we here at Moviefone want to take the pressure off.

We've listed a number of streaming and cable services - including rental, purchase, and subscription alternatives - along with the availability of 'Coachella' on each platform when they are available. Now, before we get into all the details of how you can watch 'Coachella' right now, here are some finer points about the documentary flick.

Released May 9th, 2006, 'Coachella' stars The movie has a runtime of about , and received a user score of 60 (out of 100) on TMDb, which assembled reviews from 3 well-known users.

Curious to know what the movie's about? Here's the plot: "Filmmaker Drew Thomas brings California's popular Coachella Valley Music and Arts Festival to the screen with a different kind of musical documentary that not only showcases performances by some of the hottest acts to take the stage, but offers interviews with such musical icons as Beck, Joshua Homme, Mos Def, and Perry Farrell as well. From English icon Morrissey's performance at the inaugural Coachella Festival back in 1999 to Canadian indie rockers the Arcade Fire's electric 2005 set, the musical acts featured here run the gamut from hip-hop to alternative and virtually everything in between. Other artists featured include the Pixies, the Flaming Lips, Kool Keith, Radiohead, Saul Williams, and Squarepusher." .