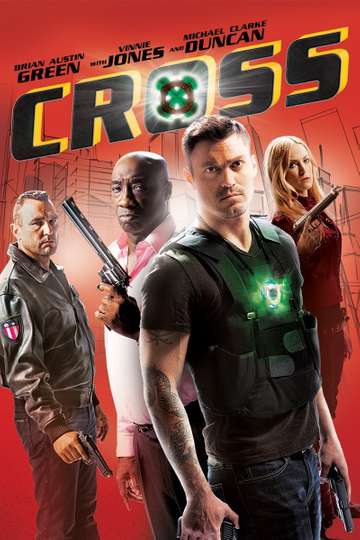 Yearning to watch 'Cross' on your TV, phone, or tablet? Tracking down a streaming service to buy, rent, download, or watch the Patrick Durham-directed movie via subscription can be tricky, so we here at Moviefone want to do right by you.

Below, you’ll find a number of top-tier streaming and cable services - including rental, purchase, and subscription choices - along with the availability of 'Cross' on each platform. Now, before we get into the nitty-gritty of how you can watch 'Cross' right now, here are some details about the Morningstar Films, Truth and Soul Pictures Inc, Soular Entertainment, Fat Monster Films, 4Horsemen Films action flick.

Released May 31st, 2011, 'Cross' stars Brian Austin Green, Danny Trejo, Michael Clarke Duncan, Tom Sizemore The R movie has a runtime of about 1 hr 45 min, and received a user score of 44 (out of 100) on TMDb, which put together reviews from 30 experienced users.

You probably already know what the movie's about, but just in case... Here's the plot: "Given incredible power by an ancient Celtic Cross. Callan continues to fight evil... Now, joined by a team of weapons experts, Callan battles an unstoppable empire in Los Angeles."

Are you Ready for a Danny Trejo Sitcom?