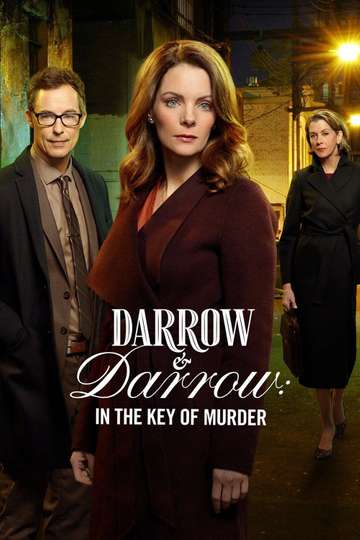 Darrow & Darrow: In The Key Of Murder (2018)Stream and Watch Online

Fancy watching 'Darrow & Darrow: In The Key Of Murder' in the comfort of your own home? Discovering a streaming service to buy, rent, download, or view the Mel Damski-directed movie via subscription can be difficult, so we here at Moviefone want to do right by you.

We've listed a number of streaming and cable services - including rental, purchase, and subscription alternatives - along with the availability of 'Darrow & Darrow: In The Key Of Murder' on each platform when they are available. Now, before we get into the fundamentals of how you can watch 'Darrow & Darrow: In The Key Of Murder' right now, here are some specifics about the Motion Picture Corporation of America, Front Street Pictures, Side Street Post, Brad Krevoy Television drama flick.

Released May 6th, 2018, 'Darrow & Darrow: In The Key Of Murder' stars Kimberly Williams-Paisley, Tom Cavanagh, Wendie Malick, Lilah Fitzgerald The movie has a runtime of about 1 hr 22 min, and received a user score of 67 (out of 100) on TMDb, which collated reviews from 21 well-known users.

Curious to know what the movie's about? Here's the plot: "A simple offer of legal advice turns into the biggest challenge of Claire Darrow’s legal career when her new beau, D.A. Miles Strasberg, introduces her to his younger half-sister, Phoebe, a singer fresh off her first album. Following a legal dispute between the two, Phoebe's producer ends up dead and all signs point to Phoebe. Claire is the only one Miles trusts to uncover the truth and save his sister."

Chip 'n Dale: Rescue Rangers
"It's not a reboot. It's a comeback."