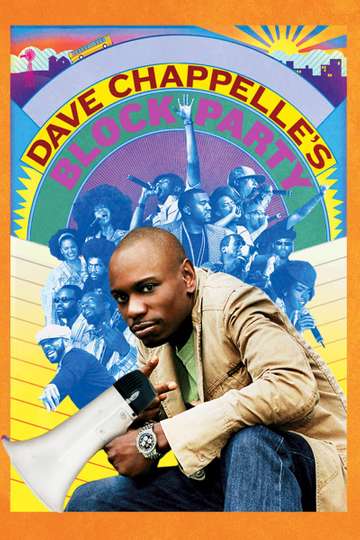 Yearning to watch 'Dave Chappelle's Block Party' on your TV or mobile device at home? Finding a streaming service to buy, rent, download, or view the Michel Gondry-directed movie via subscription can be a huge pain, so we here at Moviefone want to take the pressure off.

Below, you'll find a number of top-tier streaming and cable services - including rental, purchase, and subscription options - along with the availability of 'Dave Chappelle's Block Party' on each platform when they are available. Now, before we get into the fundamentals of how you can watch 'Dave Chappelle's Block Party' right now, here are some finer points about the Yari Film Group music flick.

Released March 3rd, 2006, 'Dave Chappelle's Block Party' stars Dave Chappelle, Erykah Badu, Common, Yasiin Bey The movie has a runtime of about 1 hr 40 min, and received a user score of 67 (out of 100) on TMDb, which put together reviews from 90 well-known users.

You probably already know what the movie's about, but just in case... Here's the plot: "The American comedian/actor delivers a story about the alternative Hip Hop scene. A small town Ohio mans moves to Brooklyn, New York, to throw an unprecedented block party."

Sound of Metal
"Music was his world. Then silence revealed a new one."

Trouble
"From the silk sheets... to the mean streets..."

tick, tick... BOOM!
"How much time do we have to do something great?"

The United States vs. Billie Holiday
"Her voice would not be silenced."