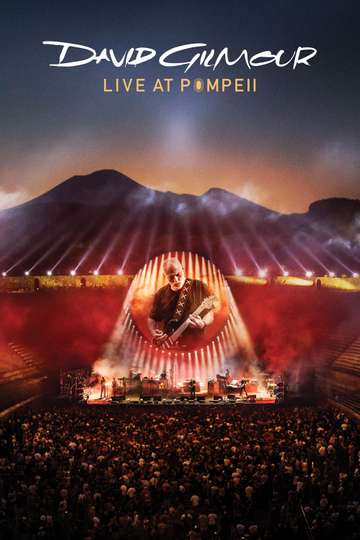 Looking to feast your eyes on 'David Gilmour: Live at Pompeii' in the comfort of your own home? Tracking down a streaming service to buy, rent, download, or view the Gavin Elder-directed movie via subscription can be confusing, so we here at Moviefone want to do the heavy lifting.

We've listed a number of streaming and cable services - including rental, purchase, and subscription choices - along with the availability of 'David Gilmour: Live at Pompeii' on each platform when they are available. Now, before we get into all the details of how you can watch 'David Gilmour: Live at Pompeii' right now, here are some specifics about the documentary flick.

Released , 'David Gilmour: Live at Pompeii' stars David Gilmour, Guy Pratt, Greg Phillinganes, Chuck Leavell The movie has a runtime of about 2 hr 32 min, and received a user score of 88 (out of 100) on TMDb, which put together reviews from 24 experienced users.

Interested in knowing what the movie's about? Here's the plot: "Decades after first performing there with Pink Floyd, singer-guitarist David Gilmour returned in July 2016 for two concerts in the ancient Italian amphitheatre as part of his Rattle That Lock tour."

American Made
"Based on a True Lie"

The Lord of the Rings: The Fellowship of the Ring
"One ring to rule them all"
The Shining
"He came as the caretaker, but this hotel had its own guardians - who'd been there a long time"

Baby Driver
"All you need is one killer track."

Atomic Blonde
"Talents can be overrated."

Brokeback Mountain
"Love is a force of nature"

Gladiator
"A Hero Will Rise."

Dunkirk
"Survival is Victory"
The Matrix
"Welcome to the Real World."