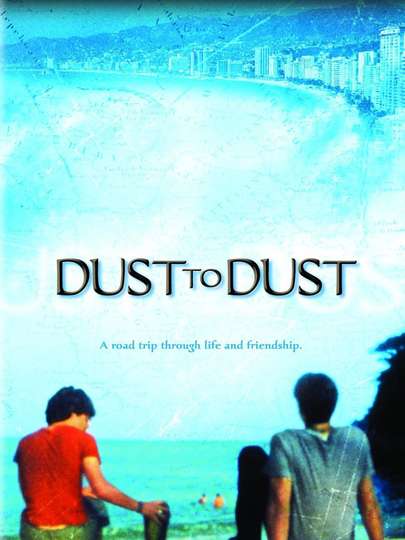 Want to watch 'Dust To Dust' on your TV or mobile device at home? Hunting down a streaming service to buy, rent, download, or watch the Juan Carlos de Llaca-directed movie via subscription can be confusing, so we here at Moviefone want to do the work for you.

Below, you'll find a number of top-tier streaming and cable services - including rental, purchase, and subscription alternatives - along with the availability of 'Dust To Dust' on each platform when they are available. Now, before we get into all the details of how you can watch 'Dust To Dust' right now, here are some finer points about the comedy flick.

Released October 13th, 2000, 'Dust To Dust' stars Osvaldo Benavides, Ana de la Reguera, Rodrigo Cachero, Otto Sirgo The movie has a runtime of about 1 hr 36 min, and received a user score of 63 (out of 100) on TMDb, which assembled reviews from 29 well-known users.

What, so now you want to know what the movie's about? Here's the plot: "The movie opens as the two protagonists, Rodrigo and Rocco join their families to hold a birthday party for their grandfather, Rodrigo Carnicero, which through most part of the movie is only referred to as "El abuelo" (Spanish for Grandpa). Rodrigo is a regular middle-class teenager, while Rocco (who, in fact, is also named Rodrigo but shortens his name to Rocco) is rather more unconventional, a marijuana user and indie magazine writer, and has deep conflicts with his father Luis." .

House Party
"Party like your life depends on it."