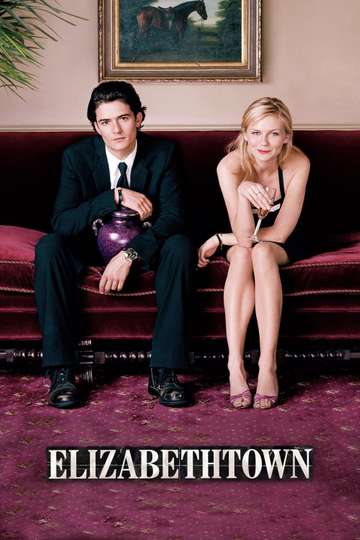 Want to behold the glory that is 'Elizabethtown' in the comfort of your own home? Discovering a streaming service to buy, rent, download, or watch the Cameron Crowe-directed movie via subscription can be confusing, so we here at Moviefone want to help you out.

We've listed a number of streaming and cable services - including rental, purchase, and subscription options - along with the availability of 'Elizabethtown' on each platform when they are available. Now, before we get into the fundamentals of how you can watch 'Elizabethtown' right now, here are some finer points about the Paramount, Cruise/Wagner Productions, Vinyl Films, KMP Film Invest romance flick.

Released October 14th, 2005, 'Elizabethtown' stars Orlando Bloom, Kirsten Dunst, Susan Sarandon, Alec Baldwin The PG-13 movie has a runtime of about 2 hr 3 min, and received a user score of 62 (out of 100) on TMDb, which compiled reviews from 924 knowledgeable users.

Interested in knowing what the movie's about? Here's the plot: "Drew Baylor is fired after causing his shoe company to lose hundreds of millions of dollars. To make matters worse, he's also dumped by his girlfriend. On the verge of ending it all, Drew gets a new lease on life when he returns to his family's small Kentucky hometown after his father dies. Along the way, he meets a flight attendant with whom he falls in love."

Far and Away
"What they needed was a country big enough for their dreams."

Guess Who
"His house. His rules. Some in-laws were made to be broken."

Shall We Dance?
"Step out of the ordinary."

Wimbledon
"She's the golden girl. He's the longshot. It's a match made in..."
Elizabeth: The Golden Age
"Woman. Warrior. Queen."
Get Over It
"Young, Free And Single. Again."

In Good Company
"He's rich, young and handsome. He's in love with you and he's your dad's boss."

Intolerable Cruelty
"They can't keep their hands off each others assets."

Prime
"A Therapeutic New Comedy"
The Sweetest Thing
"A romantic comedy without the sugar."

In Her Shoes
"Friends. Rivals. Sisters."
Little Women
"The story that has lived in our hearts for generations, now comes to the screen for the holidays."
Crazy/Beautiful
"When it's real. When it's right. Don't let anything stand in your way."

The Last Kiss
"We all make choices. What's yours?"
Chocolat
"…and the world is still indulging!"

Cameron Crowe Wanted to Do a David Bowie Documentary, Bowie Said 'No'