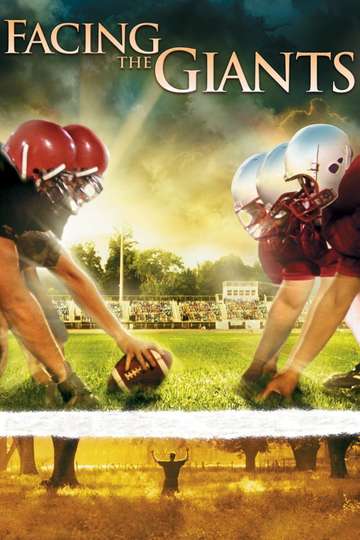 Need to watch 'Facing the Giants' on your TV, phone, or tablet? Searching for a streaming service to buy, rent, download, or view the Alex Kendrick-directed movie via subscription can be difficult, so we here at Moviefone want to help you out.

We've listed a number of streaming and cable services - including rental, purchase, and subscription alternatives - along with the availability of 'Facing the Giants' on each platform when they are available. Now, before we get into the fundamentals of how you can watch 'Facing the Giants' right now, here are some specifics about the Destination Films, Provident Films, Samuel Goldwyn Films, Sherwood Pictures, Carmel Entertainment Group drama flick.

Released September 29th, 2006, 'Facing the Giants' stars Alex Kendrick, Shannen Fields, Bill Butler, Bailey Cave The PG movie has a runtime of about 1 hr 51 min, and received a user score of 75 (out of 100) on TMDb, which collated reviews from 319 knowledgeable users.

Interested in knowing what the movie's about? Here's the plot: "A losing coach with an underdog football team faces their giants of fear and failure on and off the field to surprising results."

Courageous
"Honor Begins at Home"
Flywheel
"In every man's life, there is a turning point"

The Ultimate Gift
"Life is how you live it... not how you spend it."

Fireproof
"Never leave your partner behind."

Overcomer
"What do you allow to define you?"

Hoosiers
"They needed a second chance to finish first."
The Case for Christ

Amazing Grace
"Behind the song you love is a story you will never forget."
God's Not Dead
"What do you believe?"
Cow Belles
God's Not Dead 2
Your Friend the Rat

We Are Marshall
"From the ashes we rose."

Moms' Night Out
"What could go wrong?"
The Express
"He changed our country... one yard at a time."