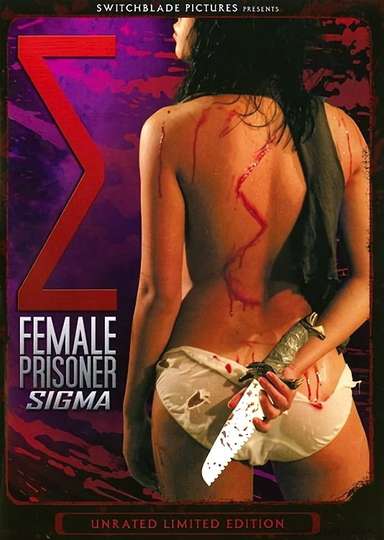 They took her identity. They took her freedom. Now, in a man-made labyrinth of concrete and steel, where terrified young women are stripped of their pasts and humanity, she has been reduced to the level of prey. Prey for the ancient evil that lurks inside the walls of this penitentiary; an invisible hunter that stalks the halls of the damned, feeding on the tortured souls within. Against this unnamable horror, the inmate known as Sigma must face a fate beyond her worst nightmares; something far more terrifying than anything the brutal guards and corrupt wardens could imagine. Because unknown to them, Sigma has come to this place on a mission of her own. There's something far worse than death inside this prison, and it's waiting for FEMALE PRISONER SIGMA.