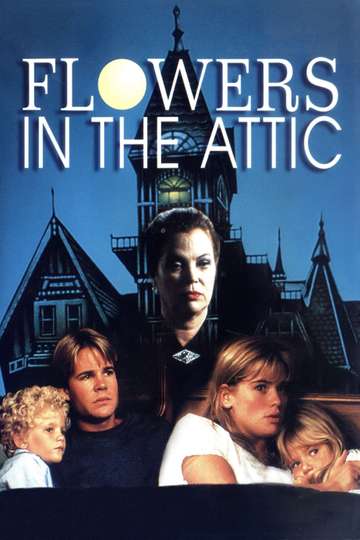 Flowers in the Attic (1987)Stream and Watch Online

Want to watch 'Flowers in the Attic' in the comfort of your own home? Finding a streaming service to buy, rent, download, or view the Jeffrey Bloom-directed movie via subscription can be a challenge, so we here at Moviefone want to take the pressure off.

Read on for a listing of streaming and cable services - including rental, purchase, and subscription choices - along with the availability of 'Flowers in the Attic' on each platform when they are available. Now, before we get into the nitty-gritty of how you can watch 'Flowers in the Attic' right now, here are some particulars about the Fries Entertainment Films drama flick.

Released November 20th, 1987, 'Flowers in the Attic' stars Louise Fletcher, Victoria Tennant, Kristy Swanson, Jeb Stuart Adams The R movie has a runtime of about 1 hr 33 min, and received a user score of 63 (out of 100) on TMDb, which assembled reviews from 166 experienced users.

Curious to know what the movie's about? Here's the plot: "After the death of her husband, a mother takes her kids off to live with their grandparents in a huge, decrepit old mansion. However, the kids are kept hidden in a room just below the attic, visited only by their mother who becomes less and less concerned about them and their failing health, and more concerned about herself and the inheritence she plans to win back from her dying father."

'Flowers in the Attic' Release Dates

Flowers in the Attic