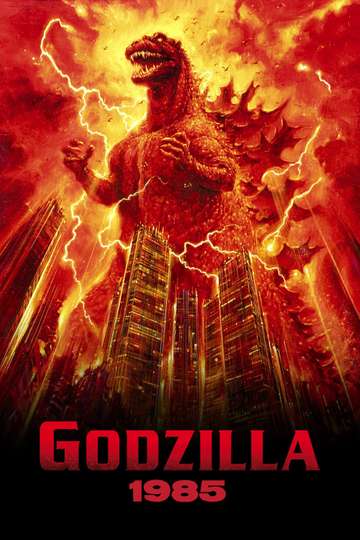 "Prepare yourself: the greatest star of all has returned."
TMDb Score
67
PG 1 hr 27 minAug 23rd, 1985Thriller, Science Fiction, Action
Originally released in Japan as "The Return of Godzilla" in 1984, this is the heavily re-edited, re-titled "Godzilla 1985". Adding in new footage of Raymond Burr, this 16th Godzilla film ignores all previous sequels and serves as a direct follow-up to the 1956 "Godzilla King of the Monsters", which also featured scenes with Burr edited into 1954's "Godzilla". This film restores the darker tone of the original, as we witness the nuclear destruction of giant lizard terrorizing Japan.
Show More
DirectorsR.J. KizerKoji Hashimoto
StarringKen TanakaYasuko SawaguchiKeiju Kobayashi
Full Cast & Crew

Mothra vs. Godzilla
Journalists Ichiro Sakai and Junko cover the wreckage of a typhoon whe...

Godzilla vs. Megaguirus
In an alternate timeline the original Godzilla is never defeated and r...

All Monsters Attack
Ichiro Miki is a child living in the industrial district of Kawasaki,...

Godzilla vs. Hedorah
An ever evolving alien life-form arrives on a comet from the Dark Gase...

Ghidorah, the Three-Headed Monster
A meteor lands in Kurobe Valley as detective Shindo is assigned to pro...