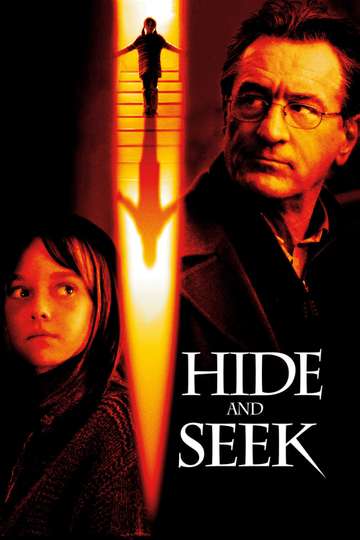 Looking to watch 'Hide and Seek' on your TV or mobile device at home? Tracking down a streaming service to buy, rent, download, or watch the John Polson-directed movie via subscription can be a challenge, so we here at Moviefone want to help you out.

Read on for a listing of streaming and cable services - including rental, purchase, and subscription options - along with the availability of 'Hide and Seek' on each platform when they are available. Now, before we get into the fundamentals of how you can watch 'Hide and Seek' right now, here are some particulars about the 20th Century Fox, Fox 2000 Pictures, Josephson Entertainment, MBC Beteiligungs Filmproduktion mystery flick.

Released January 27th, 2005, 'Hide and Seek' stars Robert De Niro, Dakota Fanning, Famke Janssen, Elisabeth Shue The R movie has a runtime of about 1 hr 41 min, and received a user score of 64 (out of 100) on TMDb, which compiled reviews from 1,312 respected users.

What, so now you want to know what the movie's about? Here's the plot: "David Callaway tries to piece together his life in the wake of his wife's suicide and has been left to raise his nine-year-old daughter, Emily on his own. David is at first amused to discover that Emily has created an imaginary friend named 'Charlie', but it isn't long before 'Charlie' develops a sinister and violent side, and as David struggles with his daughter's growing emotional problems, he comes to the frightening realisation that 'Charlie' isn't just a figment of Emily's imagination."

Drive Thru
"At Hella Burger, It Won't Be The Food That Kills You... But You'll Wish It Did."
Orphan
"There's something wrong with Esther."

Gothika
"Because someone is dead doesn't mean they're gone."
Mirrors
"There is evil...On the other side."

The Amityville Horror
"What happened over the next 28 days has never been explained."
Shutter
"The most terrifying images are the ones that are real."
The Lodger
"Everyone is suspect."

The Skeleton Key
"Fearing Is Believing"
The Final
"This lesson can't be learned in the classroom."
Soul Survivors
"The world of the dead and the world of the living... are about to collide"

The Exorcism of Emily Rose
"What happened to Emily?"

Godsend
"When a miracle becomes a nightmare, evil is born."
The Omen
"A new generation of terror"
Urban Legends: Bloody Mary
"Turn Off The Light And See What Happens."

House of Wax
"Prey. Slay. Display"
My Little Eye
"Fear is not knowing. Terror is finding out."

Dark Water
"This Season, The Mystery Of The Darkness Will Consume Your Life"