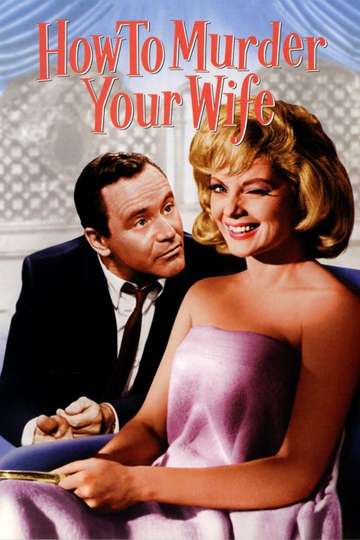 "Bring The Little Woman...Maybe She'll Die Laughing!"
TMDb Score
64
NR 1 hr 58 minJan 26th, 1965Comedy
Stanley Ford leads an idyllic bachelor life. He is a nationally syndicated cartoonist whose Bash Brannigan series provides him with a luxury townhouse and a full-time valet, Charles. When he wakes up the morning after the night before - he had attended a friend's stag party - he finds that he is married to the very beautiful woman who popped out of the cake - and who doesn't speak a word of English. Despite his initial protestations, he comes to like married life and even changes his cartoon character from a super spy to a somewhat harried husband.
Show More
DirectorRichard Quine
StarringJack LemmonVirna LisiTerry-Thomas
Movie DetailsWhere to WatchFull Cast & CrewNewsBuy DVD

The Night of the Hunter
In the Deep South, a serial-killing preacher hunts two young children...

The Bodyguard
A former Secret Service agent grudgingly takes an assignment to protec...

Superman
Mild-mannered Clark Kent works as a reporter at the Daily Planet along...

Back to the Future
Eighties teenager Marty McFly is accidentally sent back in time to 195...

Star Wars: Episode I - The Phantom Menace
Anakin Skywalker, a young slave strong with the Force, is discovered o...