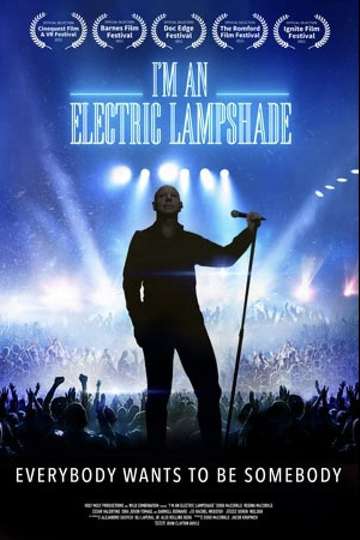 NR 1 hr 36 minMar 20th, 2021Documentary
I’m an Electric Lampshade is an offbeat, heart-warming portrait of the world’s least likely rock star. This documentary-narrative hybrid feature tells the story of Doug McCorkle, a buttoned-up, mild-mannered corporate accountant who, after retiring at age 60, puts his marriage and life savings on the line to chase his wildest dream. Shot in the United States, Mexico & the Philippines, the film features a strong cast of undiscovered talent from across the globe. Like Sean Baker’s Tangerine, the cast is a menagerie of real people portraying versions of themselves, bringing an authenticity to the film that would be impossible to fake. The result is a mind-bending musical odyssey in the tradition of Stop Making Sense and Searching For Sugar Man.
Show More
DirectorJohn Clayton Doyle
StarringDoug McCorkleRegina McCorkleCesar Valentino
Full Cast & Crew