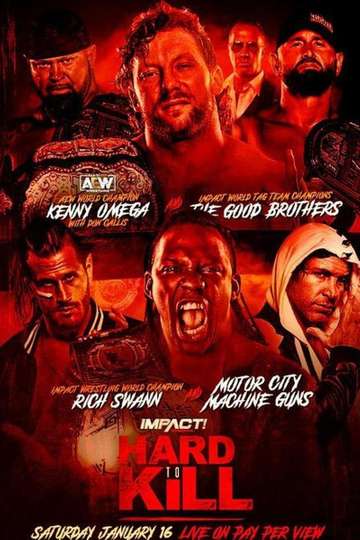 TMDb Score
78
NR 3 hrJan 16th, 2021Drama, Action
All eyes will be glued on Nashville, Tennessee as, for the first time ever, All Elite Wrestling and IMPACT Wrestling will collide in the Impact Zone as AEW World Champion Kenny Omega will team up with the IMPACT Tag Team Champions The Good Brothers to face the IMPACT World Champion Rich Swann, Chris Sabin & Moose in a six-man tag team match. Also, for the first time in nearly eight years, new IMPACT Knockouts Tag Team Champions will be crowned as Havok & Nevaeh will take on Kiera Hogan & Tasha Steelz in the finals of the Knockouts Tag Team Championship Tournament.
Show More
StarringTyson SmithChad AllegraAndrew Hankinson
Where to WatchFull Cast & Crew