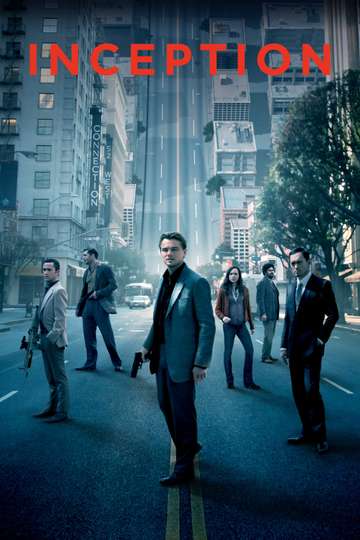 Looking to watch 'Inception' on your TV, phone, or tablet? Discovering a streaming service to buy, rent, download, or watch the Christopher Nolan-directed movie via subscription can be confusing, so we here at Moviefone want to take the pressure off.

We've listed a number of streaming and cable services - including rental, purchase, and subscription choices - along with the availability of 'Inception' on each platform when they are available. Now, before we get into the fundamentals of how you can watch 'Inception' right now, here are some particulars about the Warner Bros. Pictures, Legendary Pictures, Syncopy action flick.

What, so now you want to know what the movie's about? Here's the plot: "Cobb, a skilled thief who commits corporate espionage by infiltrating the subconscious of his targets is offered a chance to regain his old life as payment for a task considered to be impossible: "inception", the implantation of another person's idea into a target's subconscious."

The Lord of the Rings: The Two Towers
"A New Power Is Rising."

The Dark Knight
"Welcome to a world without rules."

Forrest Gump
"The world will never be the same once you've seen it through the eyes of Forrest Gump."

Avatar
"Enter the world of Pandora."
Memento
"Some memories are best forgotten."

Pulp Fiction
"Just because you are a character doesn't mean you have character."

The Lord of the Rings: The Fellowship of the Ring
"One ring to rule them all"

The Lord of the Rings: The Return of the King
"The eye of the enemy is moving."