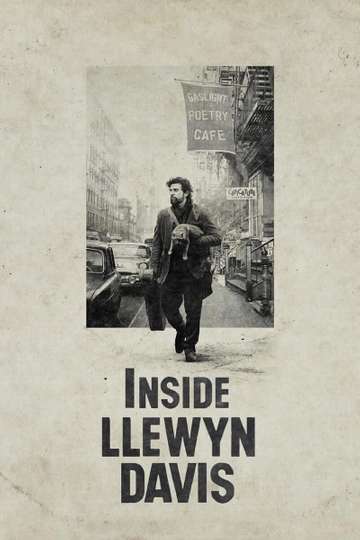 Want to behold the glory that is 'Inside Llewyn Davis' on your TV or mobile device at home? Searching for a streaming service to buy, rent, download, or watch the Joel Coen-directed movie via subscription can be confusing, so we here at Moviefone want to do the work for you.

We've listed a number of streaming and cable services - including rental, purchase, and subscription choices - along with the availability of 'Inside Llewyn Davis' on each platform. Now, before we get into the fundamentals of how you can watch 'Inside Llewyn Davis' right now, here are some particulars about the CBS Films, StudioCanal, Anton Capital Entertainment (ACE), Scott Rudin Productions, Mike Zoss Productions music flick.

Released September 28th, 2013, 'Inside Llewyn Davis' stars Oscar Isaac, Carey Mulligan, John Goodman, Garrett Hedlund The R movie has a runtime of about 1 hr 44 min, and received a user score of 72 (out of 100) on TMDb, which collated reviews from 2,044 knowledgeable users.

What, so now you want to know what the movie’s about? Here's the plot: "In Greenwich Village in the early 1960s, gifted but volatile folk musician Llewyn Davis struggles with money, relationships, and his uncertain future following the suicide of his singing partner."

'Inside Llewyn Davis' is currently available to rent, purchase, or stream via subscription on Amazon Prime Video, Spectrum On Demand, and Vudu .

Barton Fink
A renowned New York playwright is enticed to California to write for t...

True Grit
Following the murder of her father by a hired hand, a 14-year-old farm...

Moonrise Kingdom
Set on an island off the coast of New England in the summer of 1965, M...

Birdman or (The Unexpected Virtue of Ignorance)
A fading actor best known for his portrayal of a popular superhero att...

No Country for Old Men
Llewelyn Moss stumbles upon dead bodies, $2 million and a hoard of her...

The Master
Freddie, a volatile, heavy-drinking veteran who suffers from post-trau...