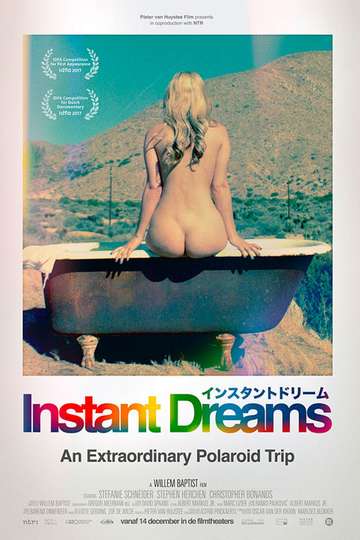 Looking to watch 'Instant Dreams' on your TV, phone, or tablet? Discovering a streaming service to buy, rent, download, or watch the Willem Baptist-directed movie via subscription can be difficult, so we here at Moviefone want to do the work for you.

Below, you'll find a number of top-tier streaming and cable services - including rental, purchase, and subscription alternatives - along with the availability of 'Instant Dreams' on each platform when they are available. Now, before we get into the fundamentals of how you can watch 'Instant Dreams' right now, here are some particulars about the Pieter van Huystee Film & TV, NTR documentary flick.

Released , 'Instant Dreams' stars Stephen Herchen, Stefanie Schneider, Christopher Bonanos, Caitlin Fowler The movie has a runtime of about 1 hr 31 min, and received a user score of 77 (out of 100) on TMDb, which collated reviews from 12 top users.

You probably already know what the movie's about, but just in case... Here's the plot: "There could hardly be a more telling contrast between the analog and digital eras than the beautifully blurry memories captured in a Polaroid picture and the thousands of pin-sharp photos on an iPhone. In this ambitious visual essay, Willem Baptist explores the visionary genius of Edwin H. Land, the inventor of the Polaroid camera. Even today, all sorts of people are keeping his instant dream alive. Former Polaroid employee Stephen Herchen moved from the United States to Europe to work in a laboratory developing the 2.0 version of Polaroid. Christopher Bonanos, the author of Instant: The Story of Polaroid, tells us, "When I heard Polaroid would stop making film, it felt like a close friend had died." Artist Stefanie Schneider, who is working with the last of her stock of Polaroid film, is using the blurring that occurs with expired film as an additional aesthetic layer in her photographic work."

Blade Runner 2049
"The key to the future is finally unearthed."
On Body and Soul

Thor: Ragnarok
"No Hammer. No Problem."
You Were Never Really Here
"Bring the hammer."

The Empire Strikes Back
"The Adventure Continues..."