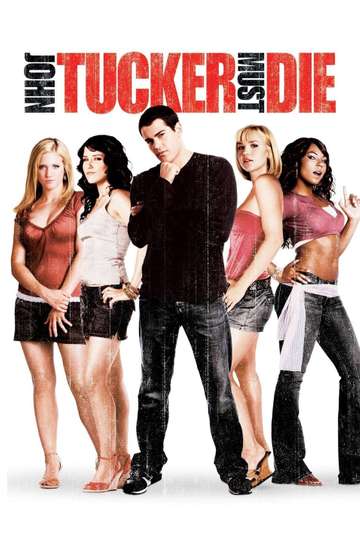 Fancy watching 'John Tucker Must Die' on your TV, phone, or tablet? Discovering a streaming service to buy, rent, download, or watch the Betty Thomas-directed movie via subscription can be confusing, so we here at Moviefone want to do the heavy lifting.

We've listed a number of streaming and cable services - including rental, purchase, and subscription choices - along with the availability of 'John Tucker Must Die' on each platform when they are available. Now, before we get into the fundamentals of how you can watch 'John Tucker Must Die' right now, here are some details about the John US Productions, Landscape Entertainment, Dune Entertainment, Major Studio Partners, 20th Century Fox romance flick.

Released July 27th, 2006, 'John Tucker Must Die' stars Jesse Metcalfe, Brittany Snow, Ashanti, Sophia Bush The PG-13 movie has a runtime of about 1 hr 27 min, and received a user score of 62 (out of 100) on TMDb, which put together reviews from 1,174 knowledgeable users.

Interested in knowing what the movie's about? Here's the plot: "After discovering they are all dating the same same guy, three popular students from different cliques band together for revenge, so they enlist the help of a new gal in town and conspire to break the jerk's heart, while destroying his reputation."

Ghosts of Girlfriends Past

Confessions of a Shopaholic

Confessions of a Teenage Drama Queen

'Someone Great' Trailer Sends Gina Rodriguez on a Breakup Adventure

'Pitch Perfect 3' Trailer Shows the Bellas on Thier Farewell Tour