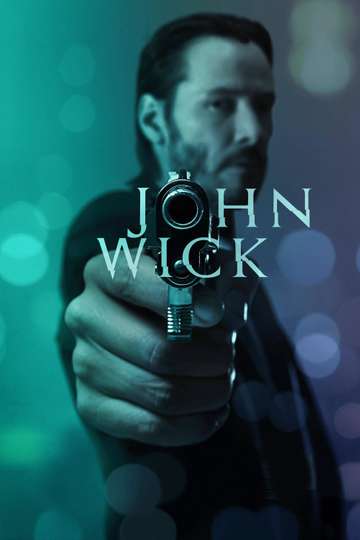 Yearning to watch 'John Wick' on your TV, phone, or tablet? Finding a streaming service to buy, rent, download, or watch the Chad Stahelski-directed movie via subscription can be a challenge, so we here at Moviefone want to take the pressure off.

Below, you’ll find a number of top-tier streaming and cable services - including rental, purchase, and subscription choices - along with the availability of 'John Wick' on each platform. Now, before we get into the nitty-gritty of how you can watch 'John Wick' right now, here are some finer points about the Summit Entertainment, 87Eleven, DefyNite Films, MJW Films, Warner Bros. Pictures thriller flick.

Released September 19th, 2014, 'John Wick' stars Keanu Reeves, Michael Nyqvist, Alfie Allen, Willem Dafoe The R movie has a runtime of about 1 hr 41 min, and received a user score of 73 (out of 100) on TMDb, which put together reviews from 14,554 respected users.

Want to know what the movie's about? Here's the plot: "Ex-hitman John Wick comes out of retirement to track down the gangsters that took everything from him."

The Hobbit: The Battle of the Five Armies
Immediately after the events of The Desolation of Smaug, Bilbo and the...

Fury
In the last months of World War II, as the Allies make their final pus...

Ant-Man
Armed with the astonishing ability to shrink in scale but increase in...

Kingsman: The Secret Service
The story of a super-secret spy organization that recruits an unrefine...

Interstellar
The adventures of a group of explorers who make use of a newly discove...

John Wick: Chapter 2
John Wick is forced out of retirement by a former associate looking to...

Logan
In the near future, a weary Logan cares for an ailing Professor X in a...

Edge of Tomorrow
Major Bill Cage is an officer who has never seen a day of combat when...