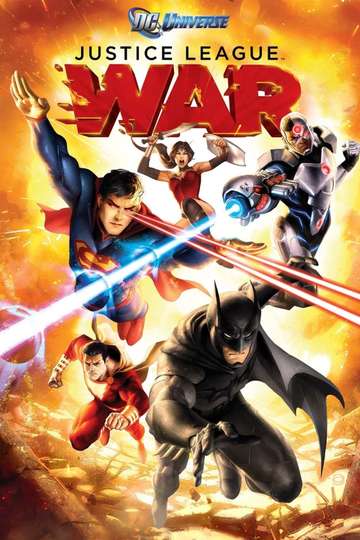 Need to watch 'Justice League: War' on your TV or mobile device at home? Finding a streaming service to buy, rent, download, or view the Jay Oliva-directed movie via subscription can be challenging, so we here at Moviefone want to do the heavy lifting.

We've listed a number of streaming and cable services - including rental, purchase, and subscription choices - along with the availability of 'Justice League: War' on each platform when they are available. Now, before we get into the fundamentals of how you can watch 'Justice League: War' right now, here are some specifics about the DC Entertainment, Warner Bros. Animation, DC Comics action flick.

Released January 21st, 2014, 'Justice League: War' stars Michelle Monaghan, Alan Tudyk, Sean Astin, Shemar Moore The PG-13 movie has a runtime of about 1 hr 19 min, and received a user score of 75 (out of 100) on TMDb, which compiled reviews from 848 experienced users.

What, so now you want to know what the movie's about? Here's the plot: "The world is under attack by an alien armada led by the powerful Apokoliptian, Darkseid. A group of superheroes consisting of Superman, Batman, Wonder Woman, The Flash, Green Lantern, Cyborg, and Shazam must set aside their differences and gather together to defend Earth."

Disney’s ‘Strange World’ Teaser Takes Us To a New Vista