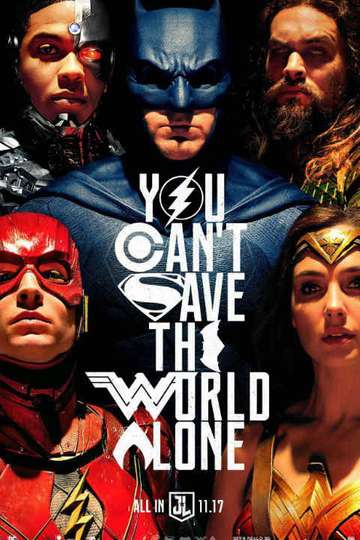 Fancy watching 'Justice League' in the comfort of your own home? Tracking down a streaming service to buy, rent, download, or watch the Joss Whedon-directed movie via subscription can be a challenge, so we here at Moviefone want to help you out.

We've listed a number of streaming and cable services - including rental, purchase, and subscription options - along with the availability of 'Justice League' on each platform when they are available. Now, before we get into the various whats and wheres of how you can watch 'Justice League' right now, here are some specifics about the Warner Bros. Pictures, Atlas Entertainment, Cruel & Unusual Films, RatPac Entertainment, DC Films action flick.

Interested in knowing what the movie's about? Here's the plot: "Fuelled by his restored faith in humanity and inspired by Superman's selfless act, Bruce Wayne and Diana Prince assemble a team of metahumans consisting of Barry Allen, Arthur Curry and Victor Stone to face the catastrophic threat of Steppenwolf and the Parademons who are on the hunt for three Mother Boxes on Earth."