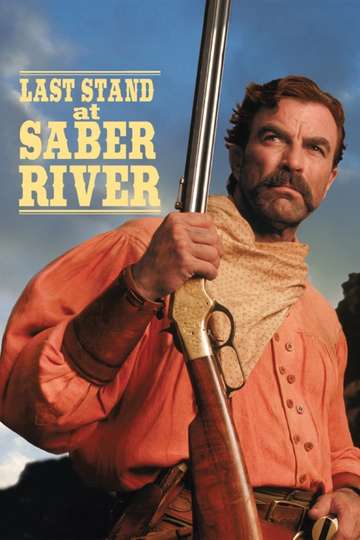 Want to behold the glory that is 'Last Stand at Saber River' on your TV, phone, or tablet? Searching for a streaming service to buy, rent, download, or watch the Dick Lowry-directed movie via subscription can be difficult, so we here at Moviefone want to do the work for you.

We've listed a number of streaming and cable services - including rental, purchase, and subscription choices - along with the availability of 'Last Stand at Saber River' on each platform. Now, before we get into the fundamentals of how you can watch 'Last Stand at Saber River' right now, here are some details about the TWS Productions II, Turner Network Television action flick.

Released January 19th, 1997, 'Last Stand at Saber River' stars Tom Selleck, Suzy Amis, Rachel Duncan, Haley Joel Osment The movie has a runtime of about 1 hr 36 min, and received a user score of 55 (out of 100) on TMDb, which put together reviews from 11 knowledgeable users.

You probably already know what the movie's about, but just in case... Here's the plot: "As America recovers from the Civil War, one man tries to put the pieces of his life back together but finds himself fighting a new battle on the frontier. Cable is an embittered Confederate soldier who returns from the war to reclaim his Arizona homestead from rebel pioneers who sympathize with the Union war effort."