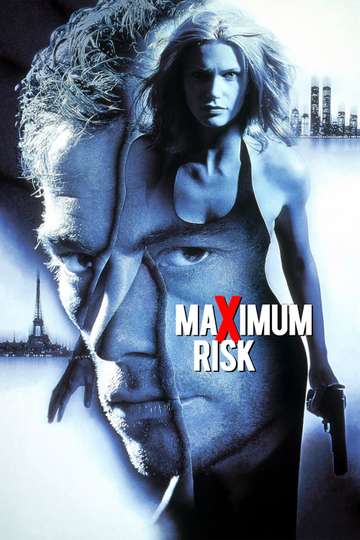 Looking to feast your eyes on 'Maximum Risk' on your TV, phone, or tablet? Tracking down a streaming service to buy, rent, download, or view the Ringo Lam-directed movie via subscription can be tricky, so we here at Moviefone want to do right by you.

Below, you'll find a number of top-tier streaming and cable services - including rental, purchase, and subscription options - along with the availability of 'Maximum Risk' on each platform when they are available. Now, before we get into the fundamentals of how you can watch 'Maximum Risk' right now, here are some specifics about the Columbia Pictures, Roger Birnbaum Productions, Moshe Diamant Production thriller flick.

Released September 13th, 1996, 'Maximum Risk' stars Jean-Claude Van Damme, Natasha Henstridge, Jean-Hugues Anglade, Zach Grenier The R movie has a runtime of about 1 hr 40 min, and received a user score of 56 (out of 100) on TMDb, which put together reviews from 390 well-known users.

You probably already know what the movie's about, but just in case... Here's the plot: "Alain Moreau's investigation into the death of his identical twin brother leads him from the beauty of the south of France to the mean streets of New York City and into the arms of his brother's beautiful girlfriend. Pursued by ruthless Russian mobsters and renegade FBI agents, the duo race against time to solve his brother's murder and expose an international conspiracy."

Double Impact
"Two brothers separated by the violence. Now together in a mission of revenge."
Wake of Death
"Revenge was all he had left."
Cyborg
"He's the First Hero of the 21st Century... And He's Our Only Hope."
Hard Target
"Don't hunt what you can't kill."
The Order
"Unleash The Power."
Derailed
"The deadliest disease ever discovered is about to be unleashed on the world."
Knock Off
"There is no substitute."
The Quest
"...For the Zest!"
Lionheart
"When the streets are a jungle... There can only be one king."
Double Team
"America's top counter-terrorist usually works alone... this time he's got company."
Sudden Death
"Terror goes into overtime."
Timecop
"Turn back the clock and you're history."
Legionnaire
"A fugitive from a killer. A remote outpost. A fight to the death."
Universal Soldier
"The future has a bad attitude."
Striptease
"Some People Get Into Trouble No Matter What They WEAR."
Replicant
"A ruthless killer... to destroy him, they had to create him."
Kickboxer
"An Ancient Sport Becomes A Deadly Game."
Nowhere to Run
"When the law can't protect the innocent, the only hero left is an outlaw."
Lock Up
"How much can a man take...before he gives back?"
Street Fighter
"The fight to save the world is on!"
Death Warrant