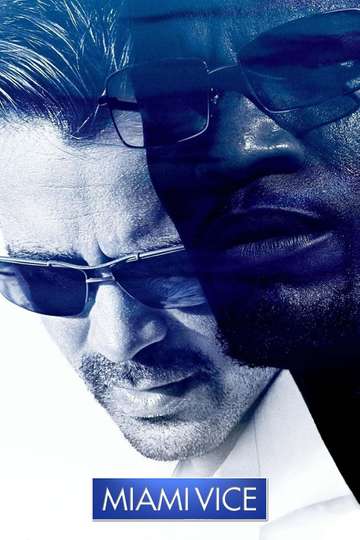 Want to behold the glory that is 'Miami Vice' on your TV or mobile device at home? Tracking down a streaming service to buy, rent, download, or watch the Michael Mann-directed movie via subscription can be a huge pain, so we here at Moviefone want to do the work for you.

We've listed a number of streaming and cable services - including rental, purchase, and subscription alternatives - along with the availability of 'Miami Vice' on each platform when they are available. Now, before we get into the fundamentals of how you can watch 'Miami Vice' right now, here are some specifics about the Universal Pictures, Forward Pass, Motion Picture ETA Produktionsgesellschaft, Foqus Arte Digital, Metropolis Films, Michael Mann Productions thriller flick.

Interested in knowing what the movie's about? Here's the plot: "A case involving drug lords and murder in South Florida takes a personal turn for undercover detectives Sonny Crockett and Ricardo Tubbs. Unorthodox Crockett gets involved romantically with the Chinese-Cuban wife of a trafficker of arms and drugs, while Tubbs deals with an assault on those he loves."

Alexander
"The greatest legend of all was real"

Ali
"Float like a butterfly and sting like a bee."
Tears of the Sun
"He was trained to follow orders. He became a hero by defying them."
Max Payne
"When a man has lost everything, he only has revenge."
Bad Boys II
"If you can't stand the heat, get out of Miami."

Pride and Glory
"Truth. Honor. Loyalty. Family. What are you willing to sacrifice?"
The International
"Is your money making a killing?"

Into the Blue
"Treasure has its price."
Running Scared
"Every bullet leaves a trail."

S.W.A.T.
"You're either S.W.A.T. or you're not."
The Jackal
"How do you stop an assassin who has no identity?"
Money Train
"Get on, or GET OUT THE WAY!"
The Last of the Mohicans
"The first American hero."
The Recruit
"Trust. Betrayal. Deception. In the C.I.A. nothing is what it seems."

The Kingdom
"How do you stop an enemy who isn't afraid to die?"