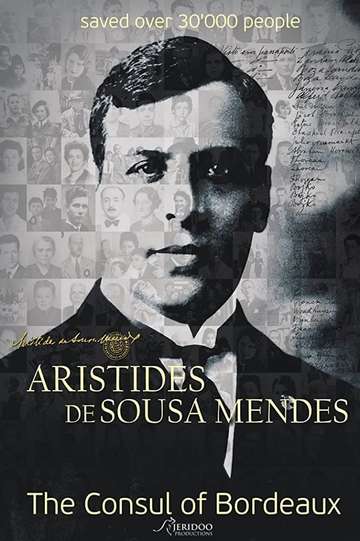 Fancy watching 'O CÃ´nsul de BordÃ©us' on your TV, phone, or tablet? Searching for a streaming service to buy, rent, download, or view the JoÃ£o Correa-directed movie via subscription can be challenging, so we here at Moviefone want to help you out.

Released , 'O CÃ´nsul de BordÃ©us' stars VÃ­tor Norte, Miguel Borines, JoÃ£o Cabral, AntÃ³nio Capelo The movie has a runtime of about 1 hr 30 min, and received a user score of 70 (out of 100) on TMDb, which collated reviews from 2 experienced users.

What, so now you want to know what the movie’s about? Here's the plot: "This is the story of Aristides de Sousa Mendes, a man of conviction who saved 30,000 lives during WWII, in June 1940. Among them were10,000 Jews. As the Portuguese General Consul stationed in Bordeaux, France, he issued 30,000 visas for safe passage to Portugal. He defied the direct orders of his government and exhibited courage, moral rectitude, unselfishness, and self-sacrifice by issuing visas to all refugees regardless of nationality, race, religion or political opinions.This narrative film expresses his heroic actions towards humanity, which will perpetuate his legacy of justice for a new generation. In 1966, Yad Vashem named him Righteous Among the Nations. He is considered to have achieved the largest single rescue operation of World War II."

'O CÃ´nsul de BordÃ©us' is currently available to rent, purchase, or stream via subscription on Kanopy .