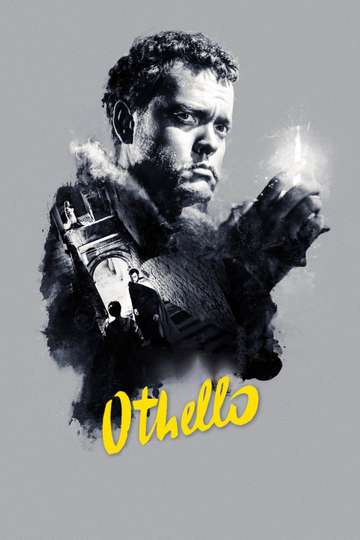 "Orson Welles' magnificent screening of Shakespeare's immortal tragedy"
TMDb Score
74
NR 1 hr 33 minSep 12th, 1955Romance, Drama
When a secret marriage is planned between Othello, a Moorish general, and Desdemona, the daughter of Senator Brabantio, her old suitor Roderigo takes it hard. He allies himself with Iago, who has his own grudge against Othello, and the two conspire to bring Othello down. When their first plan, to have him accused of witchcraft, fails, they plant evidence intended to make him believe Desdemona is unfaithful.
Show More
DirectorOrson Welles
StarringOrson WellesMicheÃ¡l MacLiammÃ³irRobert Coote
Where to WatchFull Cast & CrewNewsBuy DVD

All the Netflix Original Movies You Should Watch Over Thanksgiving

'Transformers: The Movie' Is Returning to Theaters for One Night Only

The Lady from Shanghai
A romantic drifter gets caught between a corrupt tycoon and his volupt...

Two Cents Worth of Hope
The film is the third in director Castellani's "young love" trilogy (t...

Macbeth
A Scottish warlord and his wife murder their way to a pair of crowns.

The Private Life of Sherlock Holmes
Director Billy Wilder adds a new and intriguing twist to the personali...

The Leopard
As Garibaldi's troops begin the unification of Italy in the 1860s, an...

The Merchant of Venice
Venice, 1596. Bassanio begs his friend Antonio, a prosperous merchant,...

Mr. Arkadin
Claiming that he doesn't know his own past, a rich man enlists an ex-c...