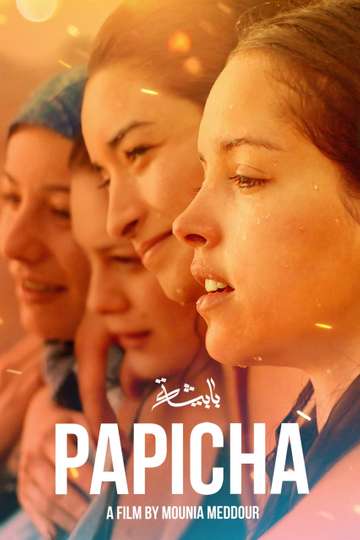 Want to behold the glory that is 'Papicha' on your TV, phone, or tablet? Searching for a streaming service to buy, rent, download, or view the Mounia Meddour-directed movie via subscription can be a challenge, so we here at Moviefone want to take the pressure off.

Below, you'll find a number of top-tier streaming and cable services - including rental, purchase, and subscription options - along with the availability of 'Papicha' on each platform when they are available. Now, before we get into the fundamentals of how you can watch 'Papicha' right now, here are some specifics about the Same Player, SCOPE Pictures, The Ink Connection, High Sea Production, Tribus P Film, Tayda Film, CADC, CaleSon, Fonds Impact drama flick.

Released May 29th, 2020, 'Papicha' stars Lyna Khoudri, Shirine Boutella, Amira Hilda Douaouda, Nadia Kaci The movie has a runtime of about 1 hr 48 min, and received a user score of 76 (out of 100) on TMDb, which compiled reviews from 199 top users.

What, so now you want to know what the movie's about? Here's the plot: "Algiers, 1997. The country is in the hands of terrorist groups, seeking to establish an Islamic and archaic state. Women are particularly affected and oppressed by primitive diktas, who seek to take control of their bodies and control their passage through the public space. While a frenzied hunt for women unveiled is launched, Nedjma, a young student passionate about fashion, is determined to federate the girls of her campus to organize a fashion show braving all the forbidden."

Delivery
Les Misérables
Red Beard
"What is the key to life - power, prestige or peace?"
The Wild Goose Lake
Oh Mercy
The Specials
We Are All Murderers
One Man Up
Perfect Nanny
On a Magical Night
The Girl with a Bracelet
Sympathy for the Devil
La Belle Époque
"If you could live your own life again, would you do it?"
To the Ends of the Earth
Beyond a Reasonable Doubt
"Put them all together they spell M-U-R-D-E-R !"
Crimes of the Future
The Accusation
Alice and the Mayor
The Swallows of Kabul
Atlantics
"Every love story is a ghost story."
Sorry We Missed You