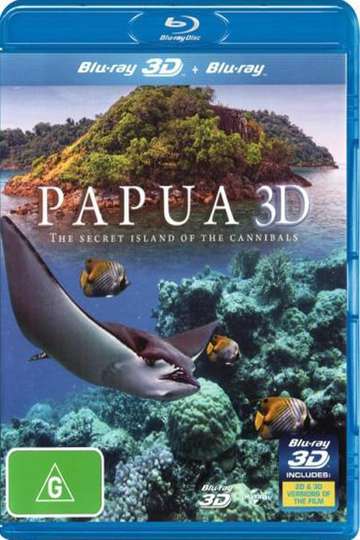 Looking to watch 'Papua 3D' on your TV or mobile device at home? Tracking down a streaming service to buy, rent, download, or watch the Stephen Doll-directed movie via subscription can be difficult, so we here at Moviefone want to do right by you.

Read on for a listing of streaming and cable services - including rental, purchase, and subscription choices - along with the availability of 'Papua 3D' on each platform when they are available. Now, before we get into the nitty-gritty of how you can watch 'Papua 3D' right now, here are some finer points about the 3D-Media International documentary flick.

Released April 13th, 2013, 'Papua 3D' stars Stephen Doll The movie has a runtime of about 1 hr 1 min, and received a user score of (out of 100) on TMDb, which compiled reviews from experienced users.

Curious to know what the movie's about? Here's the plot: "Papua, the home island of the cannibals in the far Pacific ocean. Guinea contains many islands which are significantly diversified: enormous mountains, highlands, swamps and huge rocks alternate. The spectacular wildlife, unspoiled wilderness are species habitat of many animal and plant. Papua New Guinea is one of the most culturally diverse countries on the Earth. According to this, 841 different languages are listed for the country. It is also one of the most rural, as only 18 percent of people live in urban centres. The country is one of the world’s least explored, culturally and geographically, and many undiscovered species of plants and animals live there. If you like the amazing nature recordings also from the underwater (to show the rich life world of Pacific Ocean) and interesting cultures and secrets of the cannibals join and come with us for this exciting journey!" .