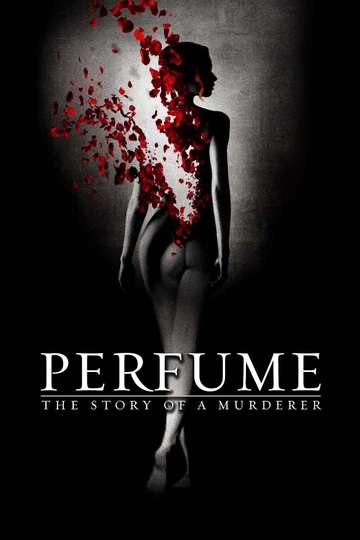 Perfume: The Story of a Murderer (2007)Stream and Watch Online

Yearning to watch 'Perfume: The Story of a Murderer' on your TV or mobile device at home? Hunting down a streaming service to buy, rent, download, or watch the Tom Tykwer-directed movie via subscription can be confusing, so we here at Moviefone want to take the pressure off.

Below, you'll find a number of top-tier streaming and cable services - including rental, purchase, and subscription options - along with the availability of 'Perfume: The Story of a Murderer' on each platform when they are available. Now, before we get into the nitty-gritty of how you can watch 'Perfume: The Story of a Murderer' right now, here are some finer points about the Constantin Film, Davis Films, Nouvelles Éditions de Films (NEF), Rising Star, VIP Medienfonds 4, Ikiru Films, Castelao Productions drama flick.

Released January 5th, 2007, 'Perfume: The Story of a Murderer' stars Ben Whishaw, Alan Rickman, Rachel Hurd-Wood, Dustin Hoffman The R movie has a runtime of about 2 hr 27 min, and received a user score of 73 (out of 100) on TMDb, which collated reviews from 3,702 experienced users.

Want to know what the movie's about? Here's the plot: "Jean-Baptiste Grenouille, born in the stench of 18th century Paris, develops a superior olfactory sense, which he uses to create the world's finest perfumes. However, his work takes a dark turn as he tries to preserve scents in the search for the ultimate perfume."

'Perfume: The Story of a Murderer' is currently available to rent, purchase, or stream via subscription on Apple iTunes, Google Play Movies, Vudu, Amazon Video, Microsoft Store, and YouTube .

'Perfume: The Story of a Murderer' Release Dates

Juno
"A comedy about growing up… and the bumps along the way."

The Reader
"Behind the mystery lies a truth that will make you question everything you know."

Sweeney Todd: The Demon Barber of Fleet Street
"Never Forget. Never Forgive."
Love Till First Blood
Where the Red Fern Grows
No Dessert, Dad, Till You Mow the Lawn
"Clean your room. Walk the dog. Take out the trash. A lesson in raising parents."

The Curious Case of Benjamin Button
"Life isn't measured in minutes, but in moments."

The Terminal
"Life is waiting."
Foxes
"Daring to do it!"
Met Opera Live: Luisa Miller
The Glove
"A crazed, sadistic killer stalks the streets of a city gripped by terror...a gory trail of battered bodies leads to that last horrifying climax."

Slumdog Millionaire
"What does it take to find a lost love? A. Money, B. Luck, C. Smarts, D. Destiny"
Murder in the Vineyard

The Butterfly Effect
"Change one thing. Change everything."
Lancelot : Guardian Of Time

The Illusionist
"Nothing is what it seems"
Martin Luther
The Heavy
"Getting Out Means Getting Even."
Dead Tone
"Play The Game. Obey The Rules. Pray For Mercy"
Pan's Labyrinth
"What happens when make-believe believes it's real?"