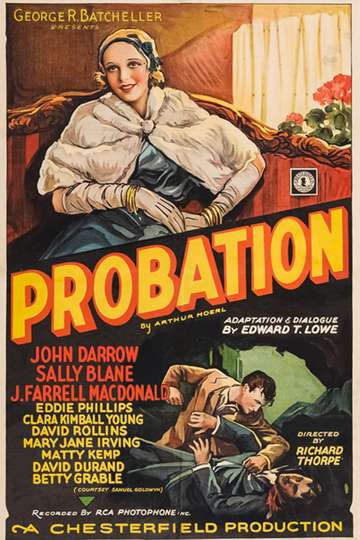 TMDb Score
50
NR 1 hr 7 minApr 1st, 1932Drama
Janet Holman is suspicious of her fiancé, Allen Wells, after he kisses her best friend Gwen when the lights are turned out during a party. Allen leaves early, purportedly for business reasons, but in reality, he is going to visit his secret girl friend, seventeen-year-old Ruth Jarrett. When Ruth's neighbor and landlady, Mrs. Humphries, overhears her talking to Allen on the phone, she becomes morally outraged and calls the police. Ruth is taken away to juvenile hall, and when Ruth's older brother Nick comes home to celebrate Ruth's birthday, Mrs. Humphries explains that Ruth has been seeing an older, wealthy man who has been leading her astray, and that she sent her away for her own good. Nick is saddened that he has failed to keep Ruth on the right track, and when he returns to his apartment, he becomes enraged to see Allen there. When Allen claims ignorance of Ruth's age, Nick hits him, and they engage in a brawl.
Show More
DirectorRichard Thorpe
StarringSally BlaneJohn DarrowJ. Farrell MacDonald
Movie DetailsWhere to WatchFull Cast & Crew