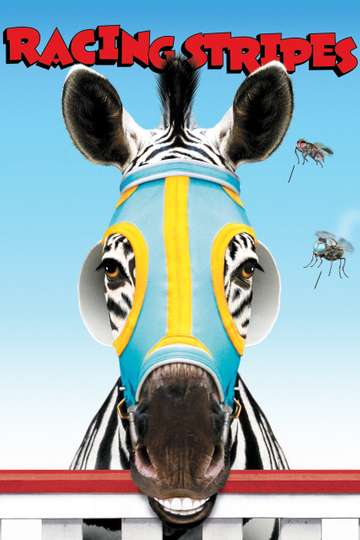 Need to watch 'Racing Stripes' in the comfort of your own home? Finding a streaming service to buy, rent, download, or view the Frederik Du Chau-directed movie via subscription can be tricky, so we here at Moviefone want to do right by you.

Below, you’ll find a number of top-tier streaming and cable services - including rental, purchase, and subscription alternatives - along with the availability of 'Racing Stripes' on each platform. Now, before we get into the nitty-gritty of how you can watch 'Racing Stripes' right now, here are some specifics about the Alcon Entertainment comedy flick.

Released January 6th, 2005, 'Racing Stripes' stars Frankie Muniz, Hayden Panettiere, Bruce Greenwood, Mandy Moore The PG movie has a runtime of about 1 hr 42 min, and received a user score of 58 (out of 100) on TMDb, which compiled reviews from 448 knowledgeable users.

You probably already know what the movie's about, but just in case... Here's the plot: "Shattered illusions are hard to repair -- especially for a good-hearted zebra named Stripes who's spent his life on a Kentucky farm amidst the sorely mistaken notion that he's a debonair thoroughbred. Once he faces the fact that his stark stripes mark him as different, he decides he'll race anyway. And with help from the young girl who raised him, he just might end up in the winner's circle."

Flushed Away
London high-society mouse, Roddy is flushed down the toilet by Sid, a...

Mickey's Once Upon a Christmas
Mickey, Minnie, and their famous friends Goofy, Donald, Daisy and Plut...

Surf's Up
Cody is a surfing penguin from Shiverpool who dreams of making it big...

Young Black Stallion
When courageous young Neera becomes separated from her family in the d...

Shark Tale
Oscar is a small fish whose big aspirations often get him into trouble...

The Wild
An adolescent lion is accidentally shipped from the New York Zoo to Af...

Dreamer: Inspired By a True Story
Ben Crane believes that a severely injured racehorse deserves another...

All the Main 'Nashville' Stars Are Returning for Season 5: Report