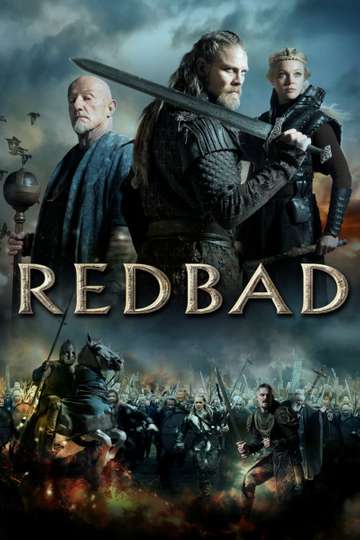 Need to watch 'Redbad' on your TV, phone, or tablet? Discovering a streaming service to buy, rent, download, or view the Roel Reiné-directed movie via subscription can be difficult, so we here at Moviefone want to do the work for you.

We've listed a number of streaming and cable services - including rental, purchase, and subscription alternatives - along with the availability of 'Redbad' on each platform when they are available. Now, before we get into the various whats and wheres of how you can watch 'Redbad' right now, here are some particulars about the Bulletproof Cupid, Farmhouse Film & TV B.V., Rebel Entertainment history flick.

Released September 14th, 2018, 'Redbad' stars Jonathan Banks, Lisa Smit, Søren Malling, Gijs Naber The movie has a runtime of about 2 hr 40 min, and received a user score of 64 (out of 100) on TMDb, which assembled reviews from 147 experienced users.

You probably already know what the movie's about, but just in case... Here's the plot: "In the year of 754 AD, during a time of epic battles and bloodshed, the legend of the pagan warrior king, Rebad, is born, but so is a new weapon against his people: Christianity. Redbad must ultimately unite a Viking army powerful enough to defeat the seemingly invincible Franks."

Creed II
"There's More to Lose than a Title"
Kin
"All he needed was a way out."

Let Him Go
"Fight for family."

Jumper
"anywhere is possible."
Outlaw King
"Based on the untold true story"

Roald Dahl'™s The Witches
"They're real!"