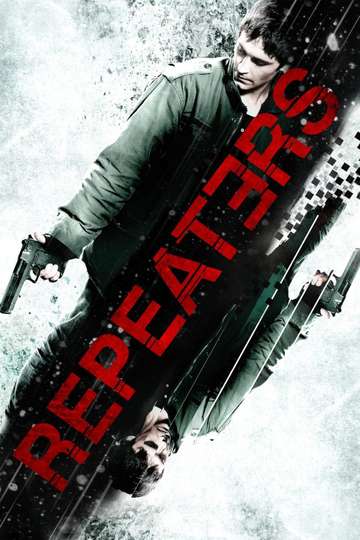 Looking to watch 'Repeaters' on your TV, phone, or tablet? Searching for a streaming service to buy, rent, download, or watch the Carl Bessai-directed movie via subscription can be confusing, so we here at Moviefone want to take the pressure off.

We've listed a number of streaming and cable services - including rental, purchase, and subscription choices - along with the availability of 'Repeaters' on each platform. Now, before we get into the nitty-gritty of how you can watch 'Repeaters' right now, here are some specifics about the Rampart Films, Raven West Films, Resonance Films drama flick.

Released April 22nd, 2010, 'Repeaters' stars Dustin Milligan, Amanda Crew, Richard de Klerk, Alexia Fast The movie has a runtime of about 1 hr 29 min, and received a user score of 57 (out of 100) on TMDb, which assembled reviews from 131 top users.

You probably already know what the movie's about, but just in case... Here's the plot: "A gritty mind-bending thriller about three twenty-somethings who find themselves in an impossible time labyrinth, where each day they awaken to the same terrifying day as the preceding one."

Flight
Commercial airline pilot Whip Whitaker has a problem with drugs and al...

X-Men
Two mutants, Rogue and Wolverine, come to a private academy for their...

Project Almanac
A group of teens discover secret plans of a time machine, and construc...

What We Do in the Shadows
Vampire housemates try to cope with the complexities of modern life an...

The League of Extraordinary Gentlemen
To prevent a world war from breaking out, famous characters from Victo...

Daybreakers
In the year 2019, a plague has transformed almost every human into vam...