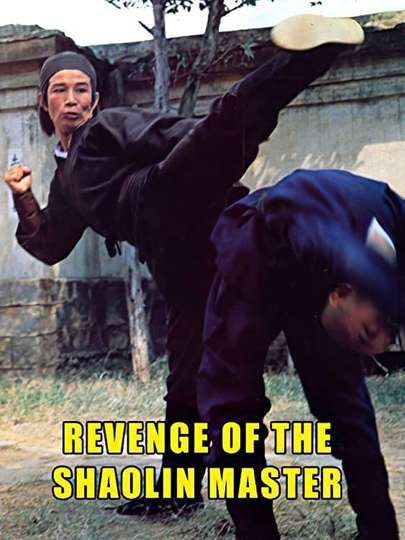 Revenge of a Shaolin MasterStream and Watch Online

Need to watch 'Revenge of a Shaolin Master' on your TV or mobile device at home? Finding a streaming service to buy, rent, download, or watch the Lo Chen-directed movie via subscription can be confusing, so we here at Moviefone want to take the pressure off.

Below, you'll find a number of top-tier streaming and cable services - including rental, purchase, and subscription options - along with the availability of 'Revenge of a Shaolin Master' on each platform when they are available. Now, before we get into all the details of how you can watch 'Revenge of a Shaolin Master' right now, here are some particulars about the Cineconcord Film (H.K.) Co. action flick.

Released , 'Revenge of a Shaolin Master' stars Ting Chao, Chan Sing, Wei Hu, Dorian Tan Tao-Liang The movie has a runtime of about 1 hr 30 min, and received a user score of 42 (out of 100) on TMDb, which assembled reviews from 3 well-known users.

What, so now you want to know what the movie's about? Here's the plot: "When an innocent man is framed for a crime he did not commit by a government official desperate to assume complete power over his impoverished region, he must escape from his prison cell and expose the corrupt leader in this action-packed martial arts classic featuring fight choreography by Matrix and Crouching Tiger, Hidden Dragon mastermind Yuen-Woo Ping. An important food shipment has been hijacked by a vicious band of thieves, and the man in charge of the transport (Lee Chan-Hu) has been framed for the crime and tortured in front of his family. Later escaping into the wilderness to meet up with his loyal followers, the wrongly accused man attempts to elude the nefarious politician's assassins long enough to expose his plan to the unsuspecting public."

'Revenge of a Shaolin Master' is currently available to rent, purchase, or stream via subscription on Amazon Video, and Tubi TV .