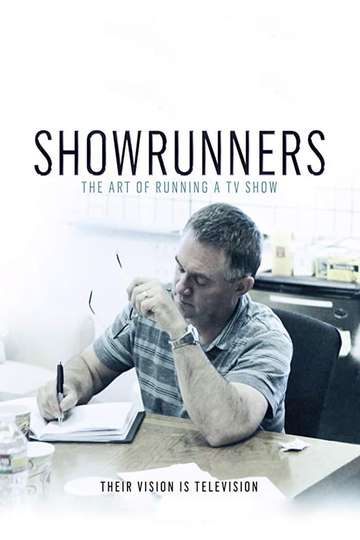 Showrunners: The Art of Running a TV Show (2014)Stream and Watch Online

Want to behold the glory that is 'Showrunners: The Art of Running a TV Show' in the comfort of your own home? Tracking down a streaming service to buy, rent, download, or watch the Des Doyle-directed movie via subscription can be a challenge, so we here at Moviefone want to do the work for you.

Released October 31st, 2014, 'Showrunners: The Art of Running a TV Show' stars Joss Whedon, J.J. Abrams, Steven S. DeKnight, Ronald D. Moore The movie has a runtime of about 1 hr 28 min, and received a user score of 63 (out of 100) on TMDb, which assembled reviews from 40 experienced users.

Curious to know what the movie's about? Here's the plot: "“Showrunners” is the first ever feature length documentary film to explore the fascinating world of US television showrunners and the creative forces aligned around them. These are the people responsible for creating, writing and overseeing every element of production on one of the United State’s biggest exports – television drama and comedy series. Often described as the most complex job in the entertainment business, a showrunner is the chief writer / producer on a TV series and, in most instances, the show’s creator. Battling daily between art and commerce, showrunners manage every aspect of a TV show’s development and production: creative, financial and logistical."

'Showrunners: The Art of Running a TV Show' Release Dates

Movies Like Showrunners: The Art of Running a TV Show

Dear White People
"A satire about being a Black face in a white place."

Michael Giacchino to Direct ‘Them!’ Remake