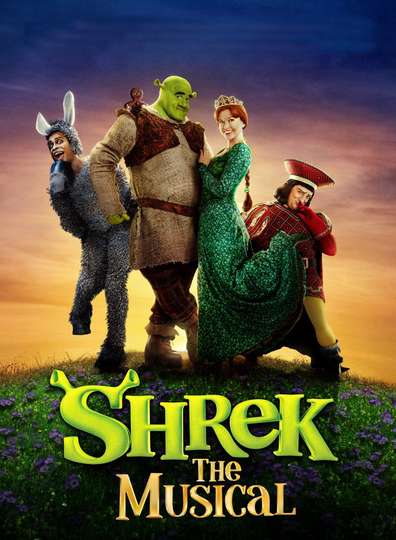 Want to behold the glory that is 'Shrek the Musical' on your TV or mobile device at home? Discovering a streaming service to buy, rent, download, or watch the Michael John Warren-directed movie via subscription can be confusing, so we here at Moviefone want to take the pressure off.

Read on for a listing of streaming and cable services - including rental, purchase, and subscription options - along with the availability of 'Shrek the Musical' on each platform. Now, before we get into the fundamentals of how you can watch 'Shrek the Musical' right now, here are some particulars about the DreamWorks Theatricals, RadicalMedia music flick.

Released October 15th, 2013, 'Shrek the Musical' stars Brian d'Arcy James, Sutton Foster, Daniel Breaker, Christopher Sieber The PG-13 movie has a runtime of about 2 hr 10 min, and received a user score of 71 (out of 100) on TMDb, which assembled reviews from 70 respected users.

What, so now you want to know what the movie’s about? Here's the plot: "Shrek The Musical is a musical with music by Jeanine Tesori and book and lyrics by David Lindsay-Abaire. It is based on the 2001 DreamWorks Animation's film Shrek and William Steig's 1990 book Shrek! It was nominated for 8 Tony Awards including Best Musical."

Son of God
The life story of Jesus is told from his humble birth through his teac...

The Game Plan
Bachelor football star Joe Kingman seems to have it all. He is wealthy...

In a Heartbeat
A closeted boy runs the risk of being outed by his own heart after it...

He Even Has Your Eyes
Paul is married to Sali. Everything would be fine if they could get a...

The Last Five Years
In New York, a struggling actress and a successful writer sing about t...

The Search for Santa Paws
In the tradition of disney's classic holiday tales comes a heartwarmin...

EMO the Musical
Ethan, a sullen high-school student whose life is defined by what he h...