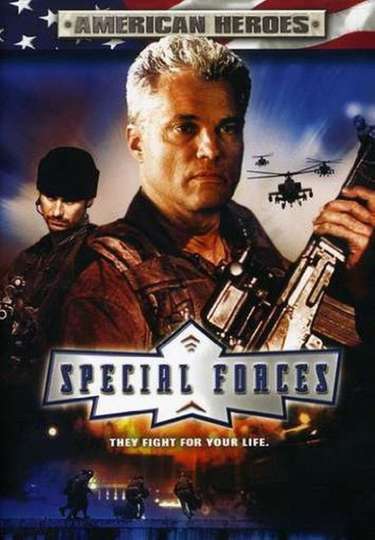 Fancy watching 'Special Forces' on your TV, phone, or tablet? Searching for a streaming service to buy, rent, download, or watch the Isaac Florentine-directed movie via subscription can be tricky, so we here at Moviefone want to take the pressure off.

We've listed a number of streaming and cable services - including rental, purchase, and subscription options - along with the availability of 'Special Forces' on each platform. Now, before we get into the nitty-gritty of how you can watch 'Special Forces' right now, here are some details about the war flick.

Released June 6th, 2003, 'Special Forces' stars Marshall R. Teague, Tim Abell, Scott Adkins, Eli Danker The R movie has a runtime of about 1 hr 33 min, and received a user score of 51 (out of 100) on TMDb, which assembled reviews from 15 top users.

What, so now you want to know what the movie’s about? Here's the plot: "When the crazed commander (Eli Danker) of a sadistic army in Moldavia kidnaps an American photojournalist (Daniella Deutscher) and holds her hostage, his misguided actions ignite a targeted response from Maj. Don Harding (Marshall R. Teague) and his trained squad of special forces soldiers. With help from a local schoolteacher (Scott Adkins) who's trained in martial arts, Maj. Harding readies his troops for an all-out offensive."

'Special Forces' is currently available to rent, purchase, or stream via subscription on Tubi TV .