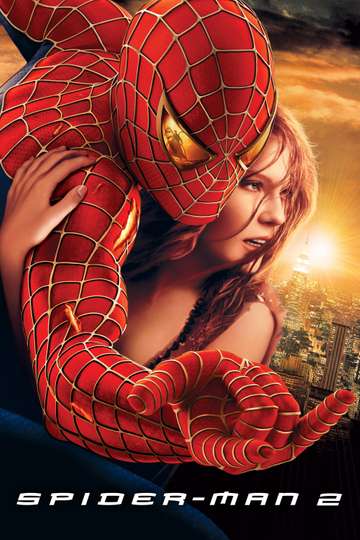 Fancy watching 'Spider-Man 2' in the comfort of your own home? Tracking down a streaming service to buy, rent, download, or watch the Sam Raimi-directed movie via subscription can be confusing, so we here at Moviefone want to help you out.

We've listed a number of streaming and cable services - including rental, purchase, and subscription choices - along with the availability of 'Spider-Man 2' on each platform when they are available. Now, before we get into the fundamentals of how you can watch 'Spider-Man 2' right now, here are some details about the Laura Ziskin Productions, Marvel Enterprises adventure flick.

What, so now you want to know what the movie's about? Here's the plot: "Peter Parker is going through a major identity crisis. Burned out from being Spider-Man, he decides to shelve his superhero alter ego, which leaves the city suffering in the wake of carnage left by the evil Doc Ock. In the meantime, Parker still can't act on his feelings for Mary Jane Watson, a girl he's loved since childhood. A certain anger begins to brew in his best friend Harry Osborn as well..."

Pirates of the Caribbean: Dead Man's Chest
"Captain Jack is back!"

Transformers: Revenge of the Fallen
"Revenge is coming."
Men in Black
"Protecting the Earth from the scum of the universe."

Star Wars: Episode III - Revenge of the Sith
"The saga is complete."
The Incredible Hulk
"You'll like him when he's angry."

Spider-Man 3
"The battle within."

Iron Man
"Heroes aren't born. They're built."
X-Men: First Class
"Witness the moment that will change our world."
Pirates of the Caribbean: At World's End
"At the end of the world, the adventure begins."

Transformers
"Their war. Our world."
Iron Man 2
"It's not the armor that makes the hero, but the man inside."
X2
"The time has come for those who are different to stand united."

The Amazing Spider-Man 2
"No more secrets."
Star Wars: Episode II - Attack of the Clones
"A Jedi Shall Not Know Anger. Nor Hatred. Nor Love."