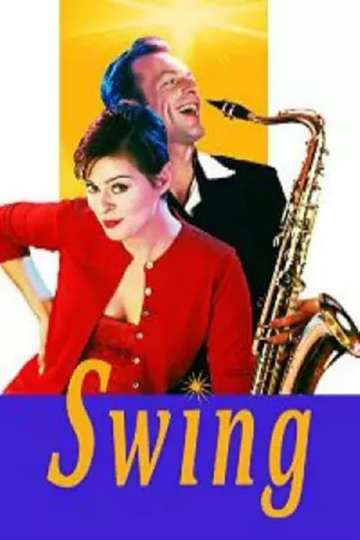 Fancy watching 'Swing' on your TV or mobile device at home? Discovering a streaming service to buy, rent, download, or watch the Nick Mead-directed movie via subscription can be a huge pain, so we here at Moviefone want to do the heavy lifting.

Read on for a listing of streaming and cable services - including rental, purchase, and subscription alternatives - along with the availability of 'Swing' on each platform when they are available. Now, before we get into all the details of how you can watch 'Swing' right now, here are some finer points about the music flick.

Released , 'Swing' stars Hugo Speer, Lisa Stansfield, Paul Usher, Rita Tushingham The movie has a runtime of about 1 hr 30 min, and received a user score of (out of 100) on TMDb, which assembled reviews from well-known users.

Want to know what the movie's about? Here's the plot: "When Martin Luxford (Hugo Speer) leaves jail, he decides to form a swing band, having been taught to play the saxophone by his cellmate Jack. Returning to his native Liverpool, Martin pulls together a backing band of misfits and loners, and recruits his ex-girlfriend Joan (Lisa Stansfield) as a singer. Things are complicated somewhat by the fact that Joan is now married to the policeman who arrested Martin, and when the band's first gig - at a heavy metal pub - goes badly, it seems as though the road to musical success may be a rocky one."