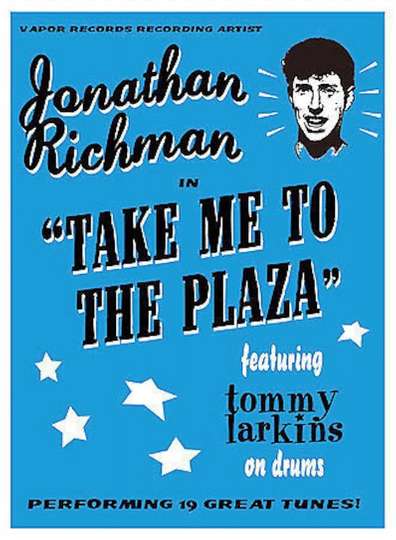 Take Me to the Plaza

NR 1 hr 2 min
Recorded in December of 2002 at the Great American Music Hall in San Francisco, "Take Me To The Plaza" finds Jonathan Richman performing at his very best. Included in this DVD are five previously unreleased tracks, as well as interviews with Jonathan and all his classics including "Pablo Picasso," "Springtime In New York," "The Night Is Still Young," "Girlfriend," "Dancing In The Lesbian Bar" and many more. Jonathan Richman is an enduring icon to those in the indie/alternative words, always drawing superlatives from critics and fans alike. Always highly entertaining as a live performer, this recording sees Jonathan step onto the stage at the Great American Music Hall in December 2002. Tracks include "Pablo Picasso," "Girlfriend," "Let Her Go Into The darkness," and many more.
Show More
StarringJonathan Richman
Full Cast & Crew