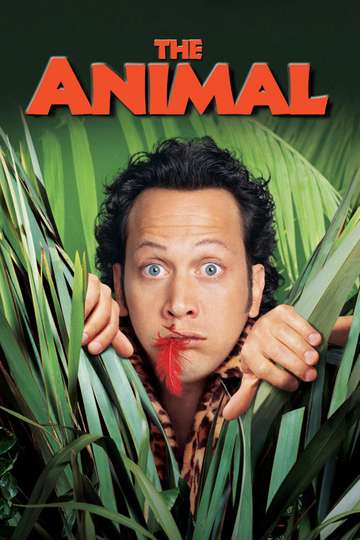 The Animal (2001)Stream and Watch Online

Need to watch 'The Animal' in the comfort of your own home? Finding a streaming service to buy, rent, download, or view the Luke Greenfield-directed movie via subscription can be confusing, so we here at Moviefone want to take the pressure off.

Read on for a listing of streaming and cable services - including rental, purchase, and subscription choices - along with the availability of 'The Animal' on each platform when they are available. Now, before we get into all the details of how you can watch 'The Animal' right now, here are some finer points about the Revolution Studios, Happy Madison Productions comedy flick.

Interested in knowing what the movie's about? Here's the plot: "When loser Marvin Mange is involved in a horrible car accident, he's brought back to life by a deranged scientist as half man and half animal. His newfound powers are awesome -- but their adverse side effects could take over his life. Now, Marvin must fight to control his crazy primal urges around his new squeeze, Rianna, and his rival, Sgt. Sisk, who both think he's one cool cat."

The Wedding Singer
"He's gonna party like it's 1985."
The Waterboy
"You can mess with him. But don't mess with his water."

Happy Gilmore
"He doesn't play golf... he destroys it."

50 First Dates
"Imagine having to win over the girl of your dreams... every friggin' day."

You Don't Mess with the Zohan
"Lather. Rinse. Save the world."
Jack and Jill
"His twin sister is coming for the holidays... ...and it ain't pretty."

I Now Pronounce You Chuck & Larry
"They're as straight as can be, but don't tell anyone."

Spanglish
"Every family has a hero."
Deuce Bigalow: Male Gigolo
"He charges $10 but he’s willing to negotiate."

Deuce Bigalow: European Gigolo
"For the women of Europe... The price of love just got a lot cheaper."

The Benchwarmers
"Get off the bench and get into the game."

Click
"What If You Had A Remote... That Controlled Your Universe?"
Joe Dirt
"He Came. He Cleaned. He Conquered."
Little Nicky
"Be unafraid. Be very unafraid."

Anger Management
"Feel the Love."
The Hot Chick
"The hottest chick in town just switched bodies with the luckiest loser in the world."
Big Stan
"He'll have to kick some butt to save his own."

The Longest Yard
"If you can't get out, get even."

Billy Madison
"Billy is going back to school... Way back."