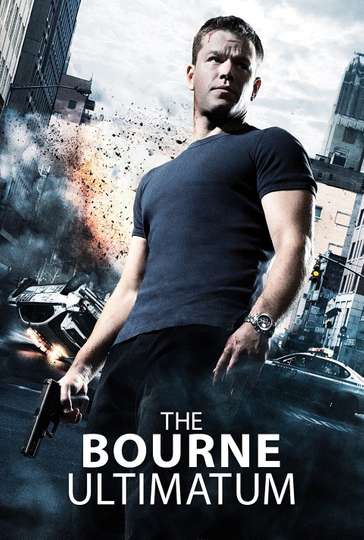 Want to behold the glory that is 'The Bourne Ultimatum' on your TV or mobile device at home? Searching for a streaming service to buy, rent, download, or view the Paul Greengrass-directed movie via subscription can be difficult, so we here at Moviefone want to take the pressure off.

Read on for a listing of streaming and cable services - including rental, purchase, and subscription choices - along with the availability of 'The Bourne Ultimatum' on each platform when they are available. Now, before we get into the various whats and wheres of how you can watch 'The Bourne Ultimatum' right now, here are some specifics about the Universal Pictures, Studio Babelsberg, Peninsula Films, The Kennedy/Marshall Company, Ludlum Entertainment, Motion Picture BETA Produktionsgesellschaft, Bourne Again, KanZaman Services thriller flick.

Released August 3rd, 2007, 'The Bourne Ultimatum' stars Matt Damon, Julia Stiles, David Strathairn, Scott Glenn The PG-13 movie has a runtime of about 1 hr 55 min, and received a user score of 74 (out of 100) on TMDb, which compiled reviews from 6,514 well-known users.

Interested in knowing what the movie's about? Here's the plot: "Bourne is brought out of hiding once again by reporter Simon Ross who is trying to unveil Operation Blackbriar, an upgrade to Project Treadstone, in a series of newspaper columns. Information from the reporter stirs a new set of memories, and Bourne must finally uncover his dark past while dodging The Company's best efforts to eradicate him."

Casino Royale
"Everyone has a past. Every legend has a beginning."
The Bourne Identity
"He was the perfect weapon until he became the target."
Worst Woman
"It was a long, long day. It was the day God set out to ruin my life."
Woman on the Beach

Ocean's Thirteen
"What are the odds of getting even? 13 to one."

The Bourne Supremacy
"They should have left him alone."

Live Free or Die Hard
"The old school cop is back!"

The Matrix Reloaded
"Free your mind."
Indiana Jones and the Last Crusade
"The man with the hat is back. And this time, he's bringing his Dad."

The Bourne Legacy
"There Was Never Just One"
Ocean's Eleven
"Are you in or out?"

Quantum of Solace
"For love, for hate, for justice, for revenge."