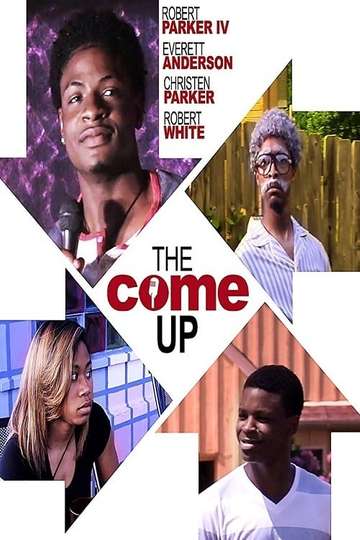 The Come Up (2017)Stream and Watch Online

Need to watch 'The Come Up' on your TV or mobile device at home? Tracking down a streaming service to buy, rent, download, or view the Robert L. Parker III-directed movie via subscription can be a challenge, so we here at Moviefone want to do the heavy lifting.

We've listed a number of streaming and cable services - including rental, purchase, and subscription choices - along with the availability of 'The Come Up' on each platform when they are available. Now, before we get into the fundamentals of how you can watch 'The Come Up' right now, here are some specifics about the RIPP Entertainment Films flick.

Released August 22nd, 2017, 'The Come Up' stars Robert L. Parker III The movie has a runtime of about 2 hr 23 min, and received a user score of (out of 100) on TMDb, which collated reviews from respected users.

What, so now you want to know what the movie's about? Here's the plot: "The Come Up is about a young comedian as a young man who struggles to try to make it but the terrible streets kind of get him caught up. He's got a few homeboys that he hangs with that try to get him to do all the wrong things with them but he tries his best not to engage with the activities that's surrounding him. He get caught on the street doing a lil drugs at one time, get caught up in a robbery with his homeboys, get caught stealing and his momma puts him out the house. But he's got this girl on his side that keeps in straight and in order. And this is how he makes it. Meanwhile he's doing comedy shows at the clubs and people are laughing at him and not his jokes. He finally makes it as a comedian one day."

'The Come Up' is currently available to rent, purchase, or stream via subscription on Amazon Video, Vudu, Spectrum On Demand, VUDU Free, Plex, Tubi TV, and IndieFlix .

Avatar: The Way of Water
"Return to Pandora!"