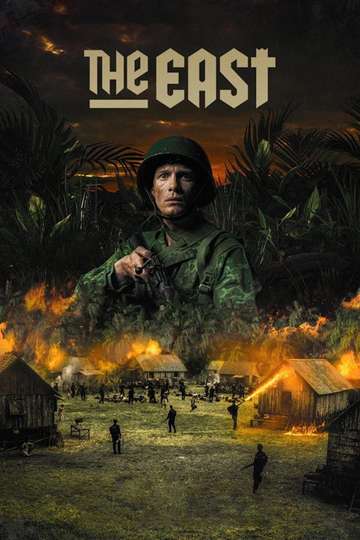 The East (2021)Stream and Watch Online

Need to watch 'The East' on your TV, phone, or tablet? Hunting down a streaming service to buy, rent, download, or view the Jim Taihuttu-directed movie via subscription can be a huge pain, so we here at Moviefone want to take the pressure off.

We've listed a number of streaming and cable services - including rental, purchase, and subscription options - along with the availability of 'The East' on each platform when they are available. Now, before we get into the fundamentals of how you can watch 'The East' right now, here are some particulars about the New Amsterdam Film Company, XYZ Films, Salto Films, Wrong Men, NTR, Nederlands Filmfonds, CoBo Fonds, Netherlands Film Production Incentive, Wallimage, BNP Paribas Fortis thriller flick.

Released August 13th, 2021, 'The East' stars Martijn Lakemeier, Marwan Kenzari, Jonas Smulders, Jim Deddes The movie has a runtime of about 2 hr 17 min, and received a user score of 62 (out of 100) on TMDb, which compiled reviews from 29 experienced users.

Interested in knowing what the movie's about? Here's the plot: "A young Dutch soldier deployed to suppress post-WWII independence efforts in the Netherlands’ colony of Indonesia finds himself torn between duty and conscience when he joins an increasingly ruthless commander’s elite squad."