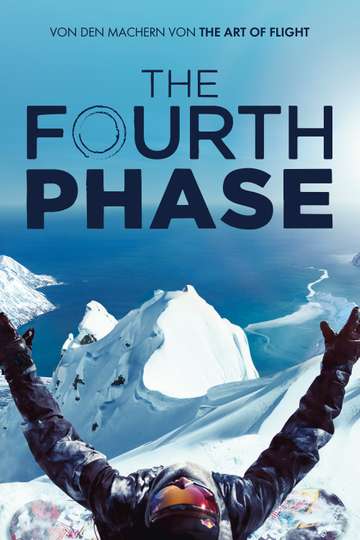 Yearning to watch 'The Fourth Phase' on your TV, phone, or tablet? Hunting down a streaming service to buy, rent, download, or watch the Curt Morgan-directed movie via subscription can be a challenge, so we here at Moviefone want to help you out.

Read on for a listing of streaming and cable services - including rental, purchase, and subscription choices - along with the availability of 'The Fourth Phase' on each platform. Now, before we get into the various whats and wheres of how you can watch 'The Fourth Phase' right now, here are some particulars about the Red Bull Media House adventure flick.

Released October 2nd, 2016, 'The Fourth Phase' stars Travis Rice, Mark Landvik, Mikkel Bang, Shin Biyajima The movie has a runtime of about 1 hr 32 min, and received a user score of 64 (out of 100) on TMDb, which collated reviews from 18 experienced users.

Curious to know what the movie's about? Here's the plot: "Iconic snowboarder Travis Rice and friends embark on a multi-year mission to follow the North Pacific Gyre's flow. As Rice and the crew experience the highs and lows of a journey unlike any previously attempted, cutting-edge cinematography captures some of the world's most remote environments bringing breathtaking scenery and thrilling action to viewers worldwide."

The Meg
A deep sea submersible pilot revisits his past fears in the Mariana Tr...