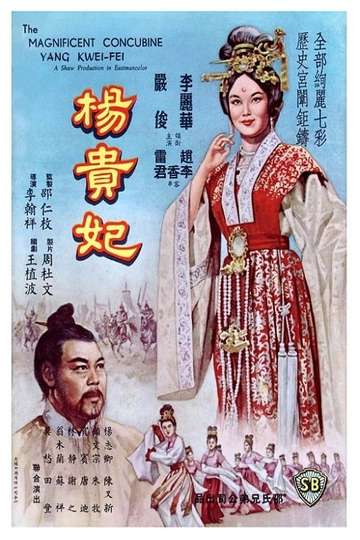 TMDb Score
56
NR 1 hr 43 minDrama, History
Perhaps the most notorious concubine in Chinese history, Yang Guifei set a pudgy standard of beauty in her days of glory during the Tang dynasty. The Emperor Minghuang was so besotted with the woman that when An Lushan stages his rebellion against the empire, the ruler takes Yang Guifei along with his imperial entourage in an escape to the mountainous area of modern-day Sichuan, and sanctuary of sorts. But the concubine had roused the jealousy of the court and unfortunately for her and to the great sorrow of the king, her brother and others among the king's retainers demanded she be strangled to death while they were still in the mountains. This is the story told in this interesting Taiwanese adaptation by director Li Han-hsiang (Li Hanxiang).
Show More
DirectorLi Han-Hsiang
StarringLi Li-HuaYan JunYeung Chi-Hing
Full Cast & Crew